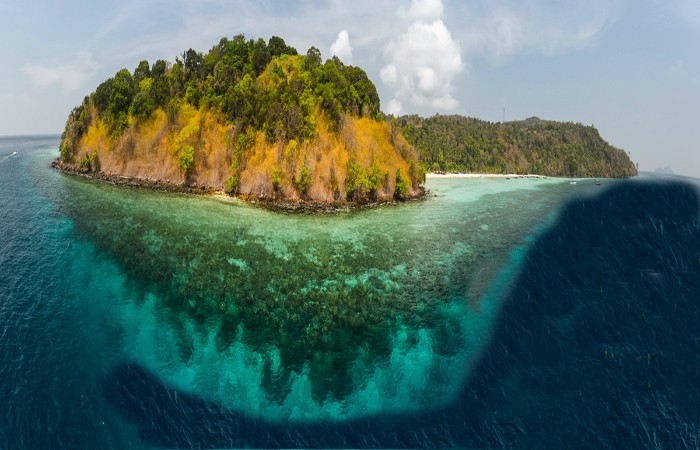 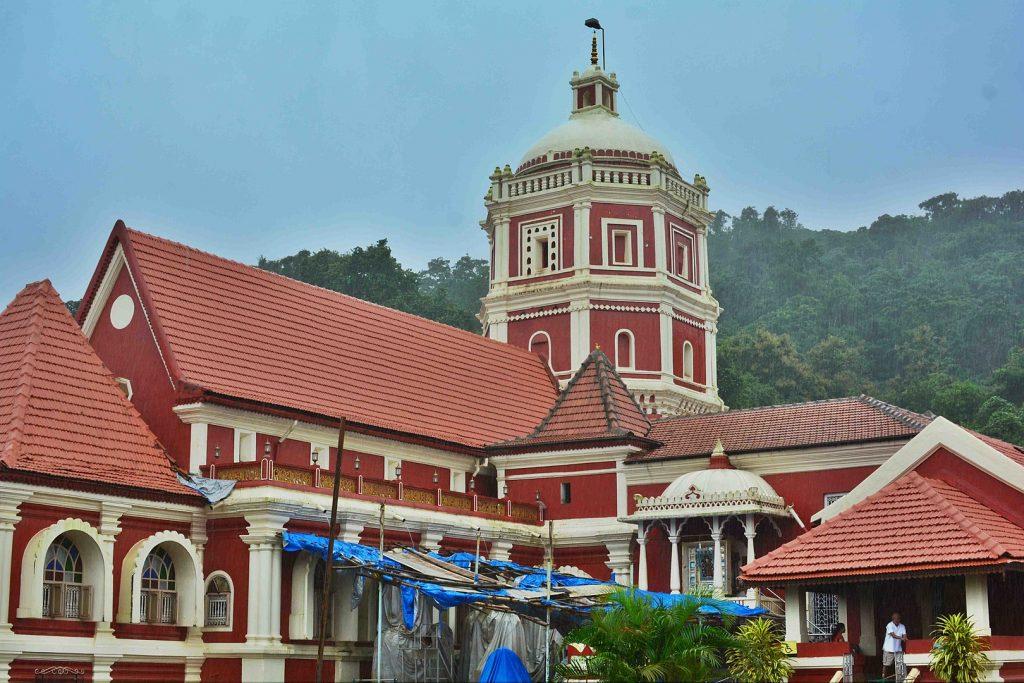 Goa is a state situated on the southwestern coast of India within the region known as the Konkan. It is separated from the Deccan highlands of the state of Karnataka by the Western Ghats. Goa has been a well visited place by large numbers of international and domestic tourists each year for its white-sand beaches, nightlife, a perfect spot for parties, places of worship and World Heritage-listed architecture. It has rich flora and fauna, as it is located on the Western Ghats range which is a biodiversity hotspot. Goa serves as a perfect place for leaving singlehood behind. Beautiful beaches and bonfires provide a perfect spot for parties. 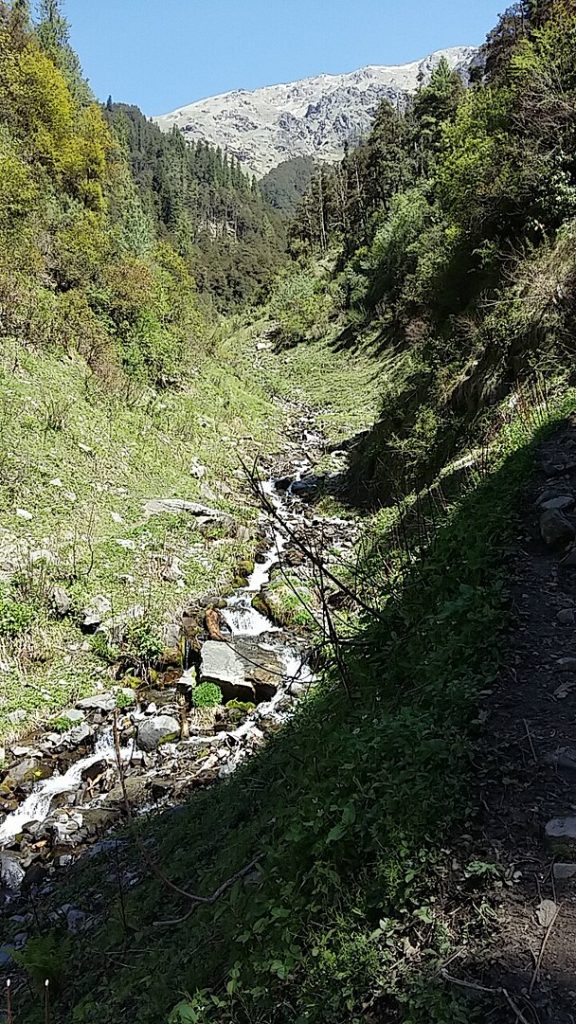 Kasol is a hamlet in the district Kullu, Himachal Pradesh, a state in northern India. It is situated in Parvati Valley, on the banks of the Parvati River, that provides the picturesque views. Kasol is known as the Himalayan hotspot for backpackers. It is majorly a base for nearby treks to Malana and Kheerganga. It is called known by many as the Mini Israel of India due to a high percentage of Israeli tourists here. 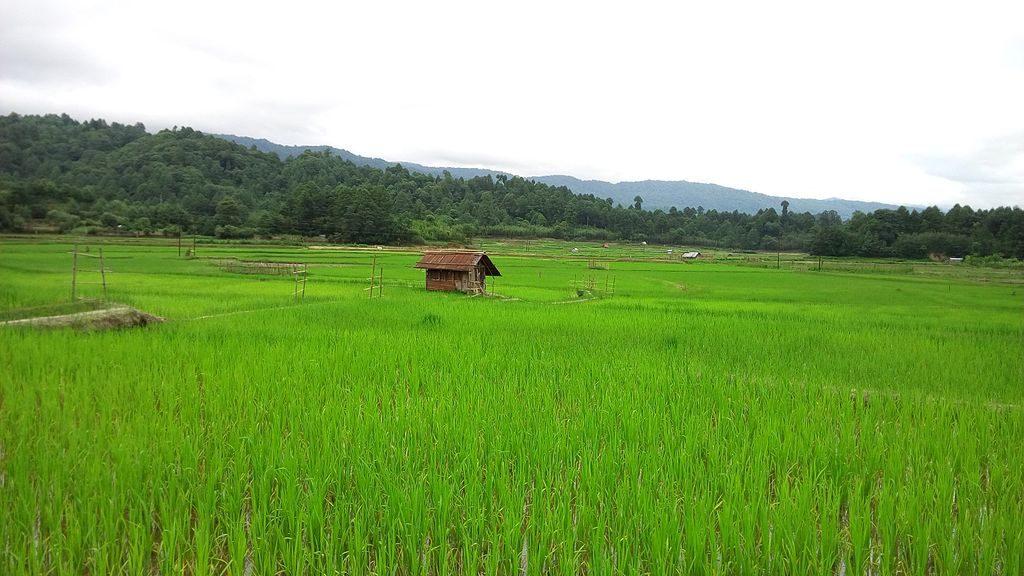 Ziro is a town in the Lower Subansiri district in Arunachal Pradesh, India. It has been a favorite town for World Heritage Site for quite a time now. It has also been suggested to make it a World Heritage Site. A beautiful and fun-filled place to party. 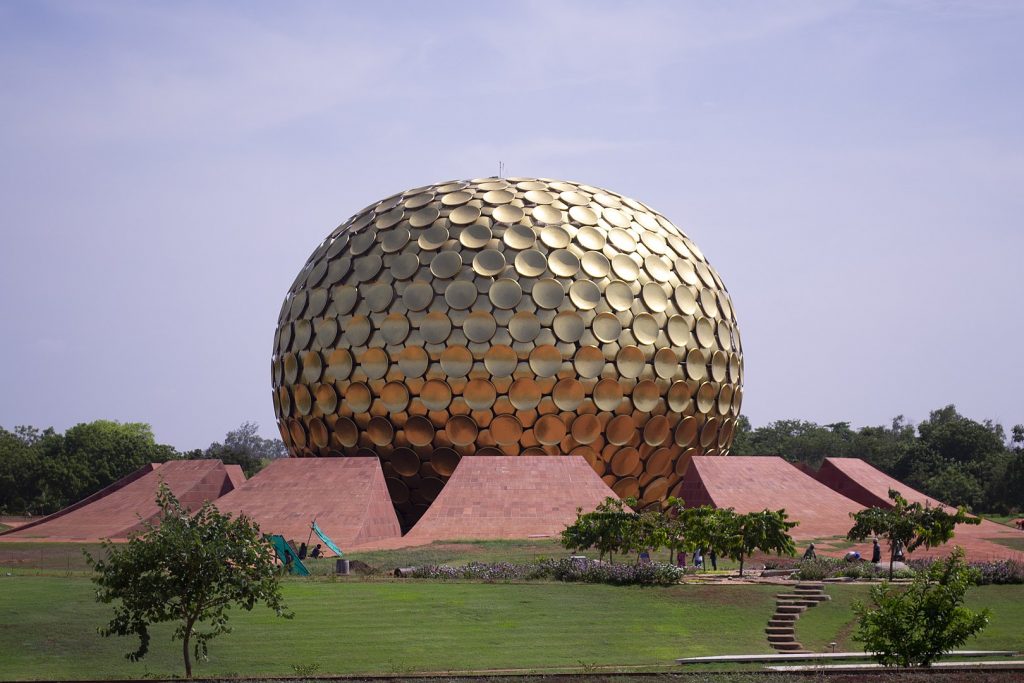 Pondicherry is the capital and one of the most populous cities of the Indian Union Territory of Puducherry. The city is located in the Puducherry district and is surrounded by the state of Tamil Nadu with which it shares most of its culture and traditions. Pondicherry is a very popular tourist destination in South India. The city is known for architectural designs of many colonial buildings, churches, temples, and statues which, combined with the town planning and planned French style avenues in the old part of town, still preserve much of the colonial ambiance which all together serves a good site worth visiting.

The Andaman and Nicobar Islands is one of the seven union territories of India. It comprises of 572 islands of which 37 are inhabited. These groups of islands exist at the juncture of the Bay of Bengal and the Andaman Sea. They have a tropical rainforest canopy, made of a mixed flora with elements from Indian, Myanmar, Malaysian and endemic floral strains. Beautiful flora and fauna make it a good place to visit for parties. Picturesque views and scenic beauty make it a perfect partying destination. 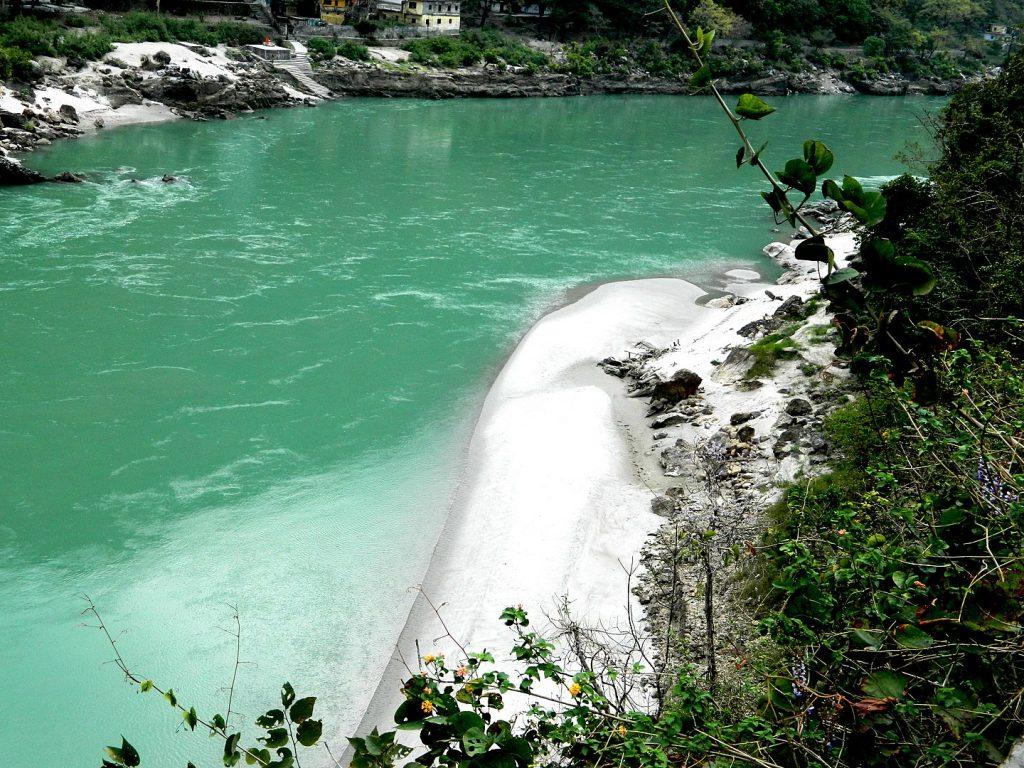 Rishikesh is in the Dehradun district of the Indian state Uttarakhand. It is located in the foothills of the Himalayas in northern India, It is known as the “Gateway to the Garhwal Himalayas” and “Yoga Capital of the World“. It is well known as the pilgrimage town and regarded as one of the holiest places to Hindus. Lakshman Jhula is the oldest suspension bridge in India and is very popular. It was built in 1939 over the Ganga River. Its length is 450 feet. 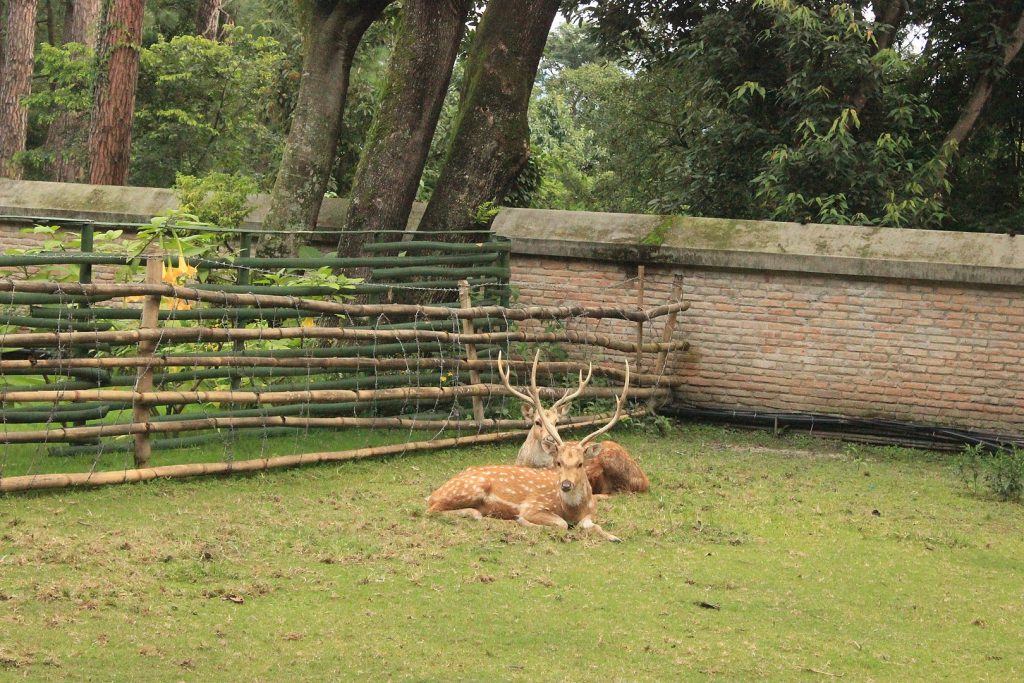 Gokarna is a small temple town. It is situated on the western coast of India in the Kumta taluk of Uttara Kannada district of the state of Karnataka. The main temple and deity are Lord Shiva, who is also known as Mahabaleshwara in this area. Gokarna is majorly known as one of the seven important Hindu pilgrimage centers and is quite a popular place. Gokarna is known for the beaches. The Gokarna main beach is located in the town itself and Kudle beach is west facing. Om beach, Half Moon Beach, Paradise Beach (also known as Full moon) and Belekan beach are some of the most beautiful beaches here. Many tourists visit here to enjoy their time on the sand near the beaches. this makes it a perfect place to party. 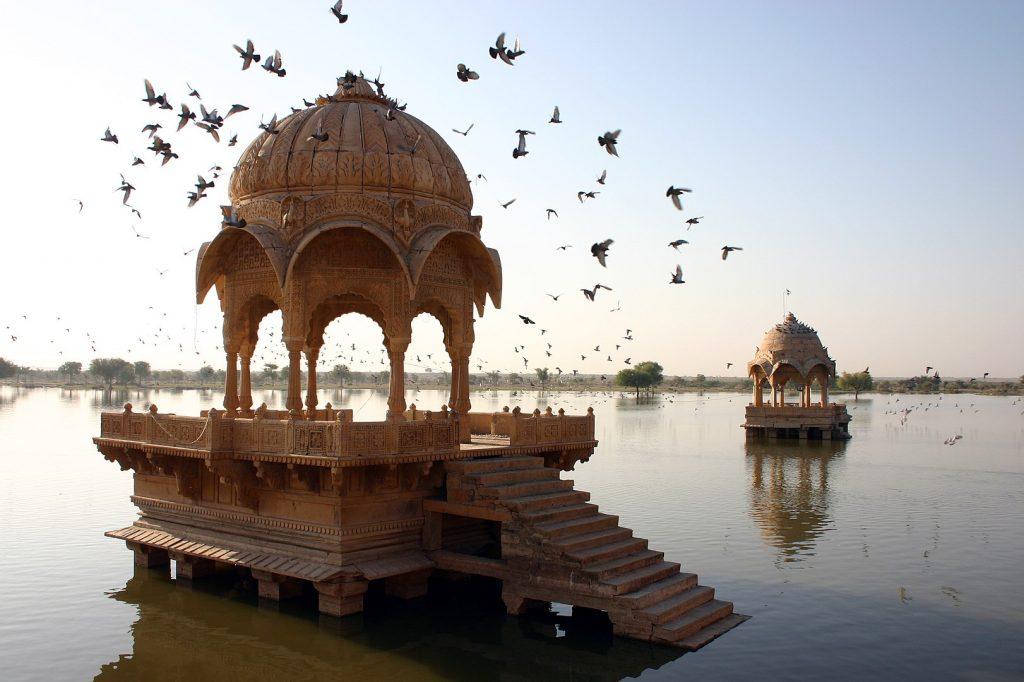 Jaisalmer is famously known as “The Golden city”. It is a city in the state of Rajasthan, India. The town stands on a ridge of yellowish sandstone and is crowned by the ancient Jaisalmer Fort that is one the most famous forts in India. This fort contains a royal palace and several Jain temples. Many of the houses and temples of both the fort, as well as for the town below, are built of beautiful finely sculptured sandstone. The town is situated in the heart of the Thar Desert (the Great Indian Desert). Jaisalmer fort along with many museums make it a good place to visit for vacations. Jaisalmer has been enriched by its Jain community. Jain Community here has adorned the city with beautiful temples, like the temples dedicated to the 16th Tirthankara, Shantinath, and 23rd Tirthankara, Parshvanath.