Top 10 Places to visit in Ahmedabad

Ahmedabad is located in western India and is the largest city in the state of Gujarat. The Sabarmati River runs through the center of this city. On the western bank is the Gandhi Ashram at Sabarmati, which displays the spiritual leader’s living quarters and artifacts that are kept intact and protected. Across the river is the Calico Museum of Textiles that was once a cloth merchant’s mansion and has a significant collection of antique and modern fabrics. 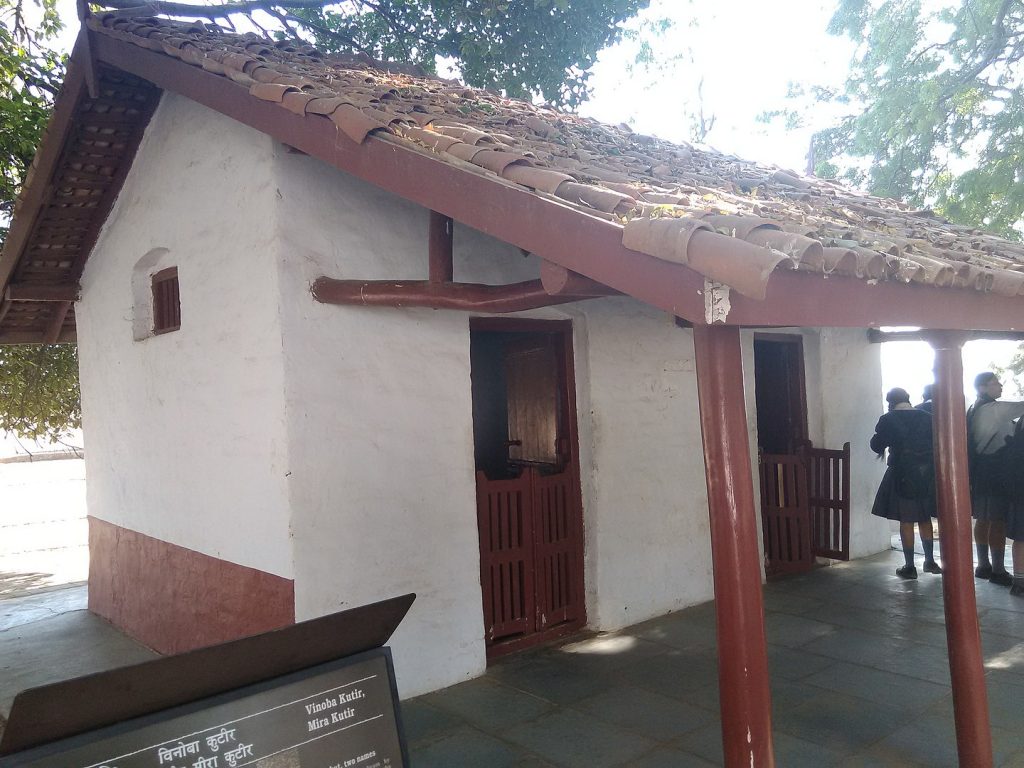 Sabarmati Ashram has been known by many names like Gandhi Ashram, Harijan Ashram, or Satyagraha Ashram. It is located in the Sabarmati suburb of Ahmedabad, adjoining the Ashram Road, on the banks of the River Sabarmati. This ashram was one of the many places of the dwelling of Mahatma Gandhi who lived at Sabarmati (Gujarat). He used to live in Sevagram (Maharashtra) when he was not traveling across India and was not in prison. He stayed in Sabarmati and in Maharashtra for a total of twelve years. It was from here that Gandhi led the popular Dandi march also known as the Salt Satyagraha on 12 March 1930. The ashram has been established as a national monument in recognition of the significant influence that this march had on the Indian independence movement. 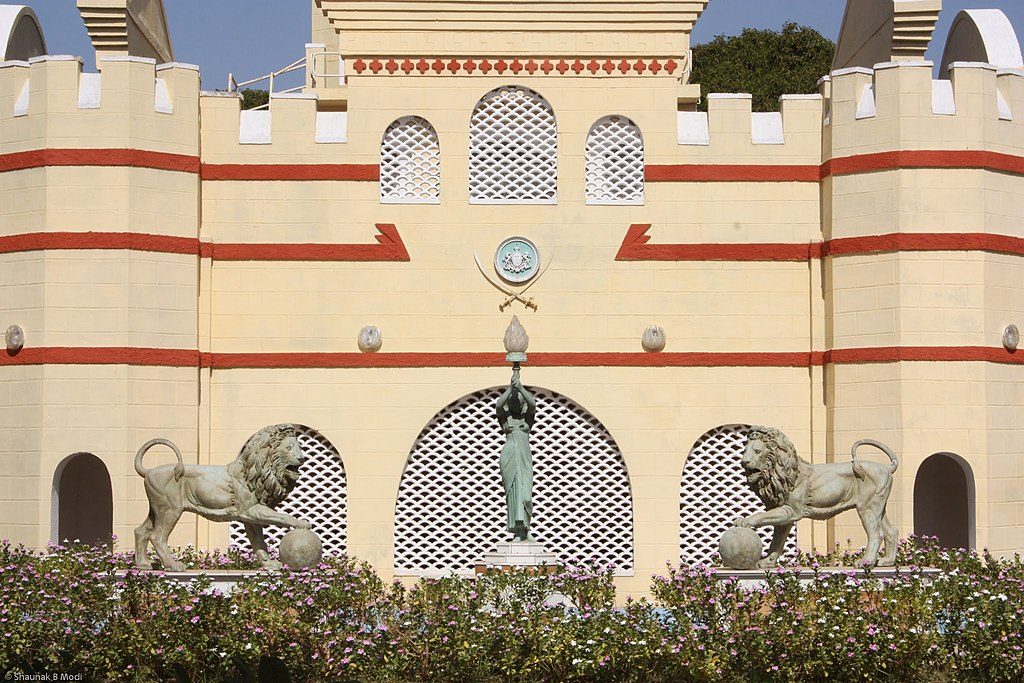 World Vintage Car Museum comprises of a collection of Vintage Cars. Auto World Vintage Car Museum in Ahmedabad is one of the best car museums in the world which houses a world-class collection of different kinds of cars including vintage cars, antique vehicles, utility vehicles, motorcycles, and buggies. It was formed in the year 1927 by General Motors India Ltd. The museum is a must-visit tourist attraction in Ahmedabad which means one should definitely visit this place. It consists of cars from the rare marque’s cars to ceremonial limousines to the romantic convertibles to the sports car, here one can find cars from all over the world of different ages and types that are often of interest to many viewers. 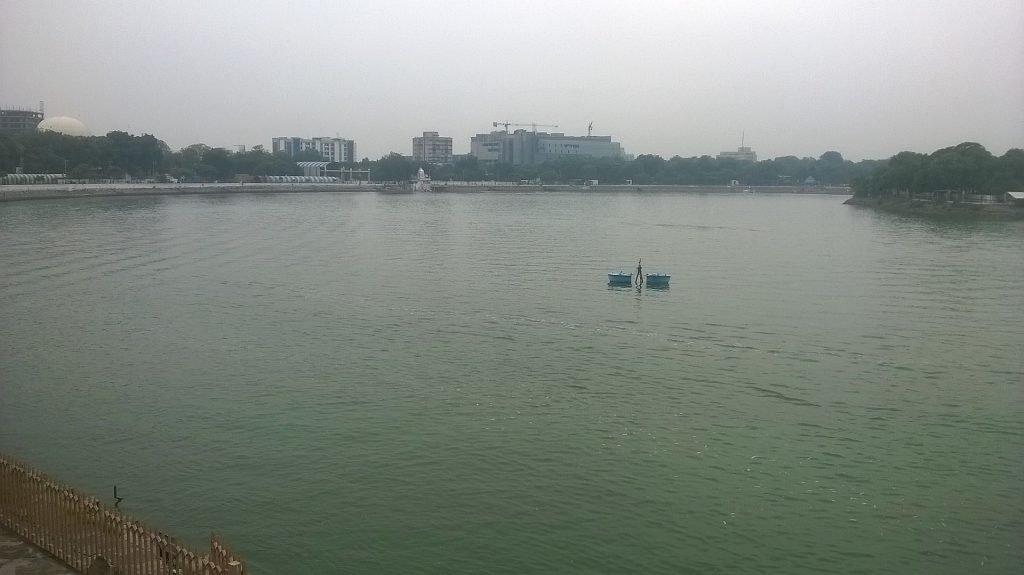 Kankaria Lake is the second largest lake located in Ahmedabad, Gujarat, India. It is situated in the south-eastern part of the city, which is in the Maninagar area. This was accomplished in 1451 during the reign of Sultan Qutb-ud-Din Ahmad Shah II though its origin is placed in the Chaulukya period sometimes. A lakefront is developed around it, which comprises of many public attractions such as a zoo, toy train, kids city, tethered balloon ride, water rides, water park, food stalls, and entertainment facilities. Kankaria Carnival is a week-long festival held here in the last week of December, which is celebrated with fun and frolic. Many cultural, art, and social activities are organized during this massive carnival. 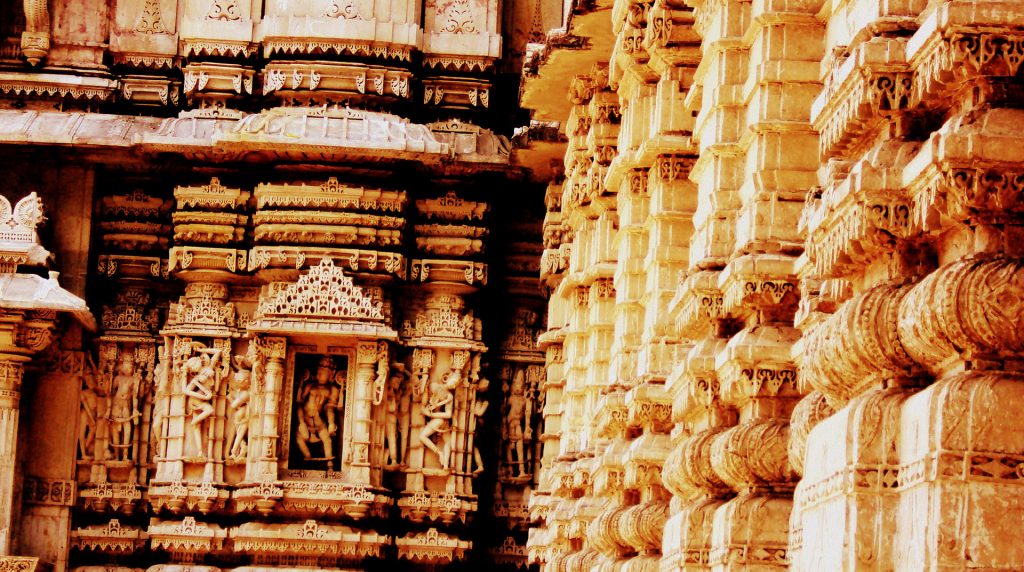 Hutheesing Temple is the infamous Jain temple in Ahmedabad. It was constructed in the year 1848. The construction of the temple was initiated originally planned by Shet Hathisinh Kesarisinh, a wealthy Ahmedabad trader. The construction was supervised and completed by his beloved wife Shethani Harkunvar. The temple has been dedicated to Lord Dharmanatha, the fifteenth Jain Tirthankar. Building the temple employed hundreds of skilled artisans which supported them for a good period of two years. The temple is now managed by a Hutheesing family trust. 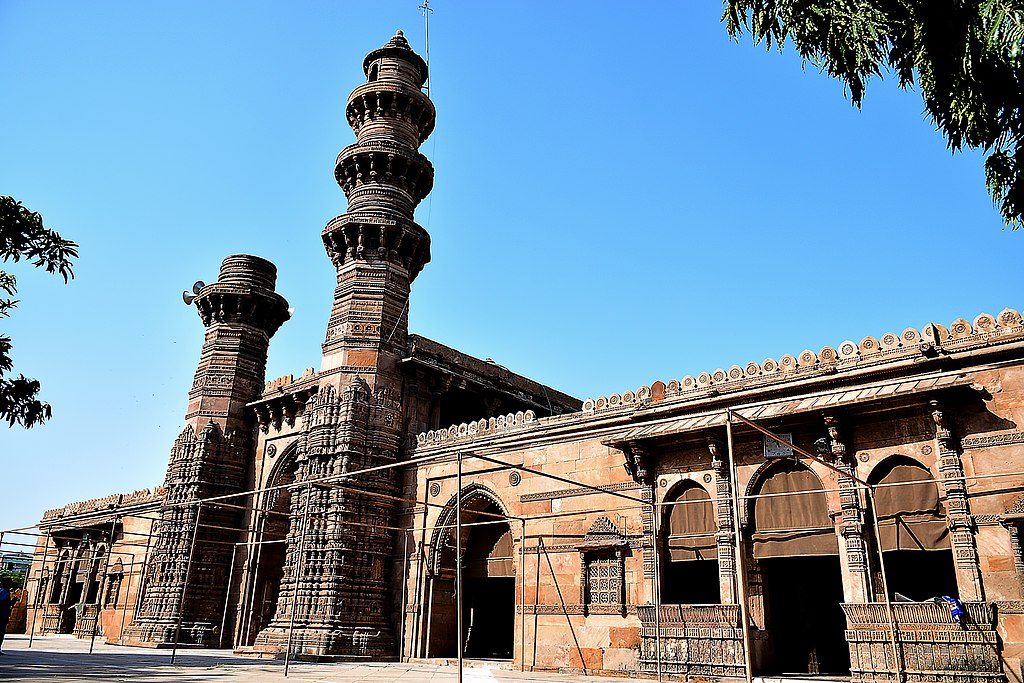 Sidi Bashir Mosque is a former mosque in Ahmedabad. Only the central gateway and two minarets survive. They are known as the Jhulta Minar in Hindi or Shaking Minarets. The minarets are the tallest in Ahmedabad. The minarets are three stories tall with beautifully carved balconies. A gentle shaking of either minaret results in the other minaret vibrating after a few seconds, though the connecting passage between them remains free of vibration which is very fascinating. The mechanism of this is not known, but the layered construction is thought to be a major factor. The phenomenon was first observed in the 19th century by Monier M. Williams, an English Sanskrit scholar. The minarets are even able to withstand fast-moving trains passing close by. 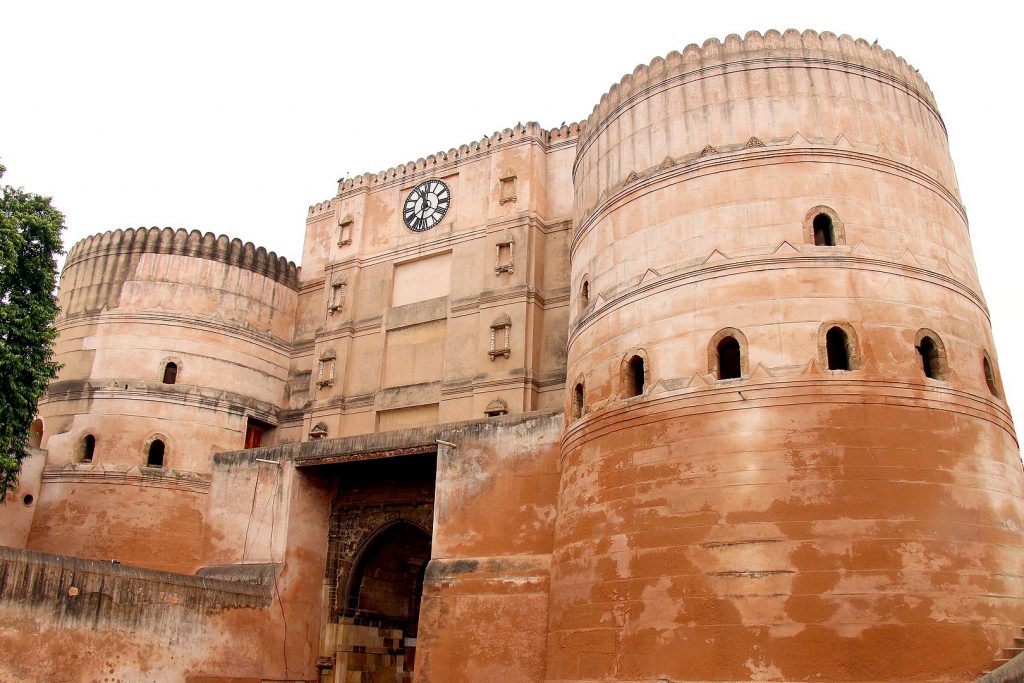 Bhadra Fort is situated in the walled area of the city of Ahmedabad. It was built by Ahmad Shah in the year 1411. With its well carved royal palaces, mosques, gates and open spaces, it was renovated in 2014 by Ahmedabad Municipal Corporation (AMC) and Archaeological Survey of India (ASI) as a cultural center for the city so that this site could be protected.

Kamla Nehru Zoological Garden was established in 1951 and is situated on the outer periphery of Kankaria Lake. More than 20 lakh visitors visit the zoo every year and this number is growing. Within its confines, it possesses some of the rare species of mammals, birds, and reptiles. The Kamla Nehru Zoological Garden was started with the purpose of Recreation but now major aim has been shifted to the conservation of endangered species breeding in captivity, so as to save them from extinction. 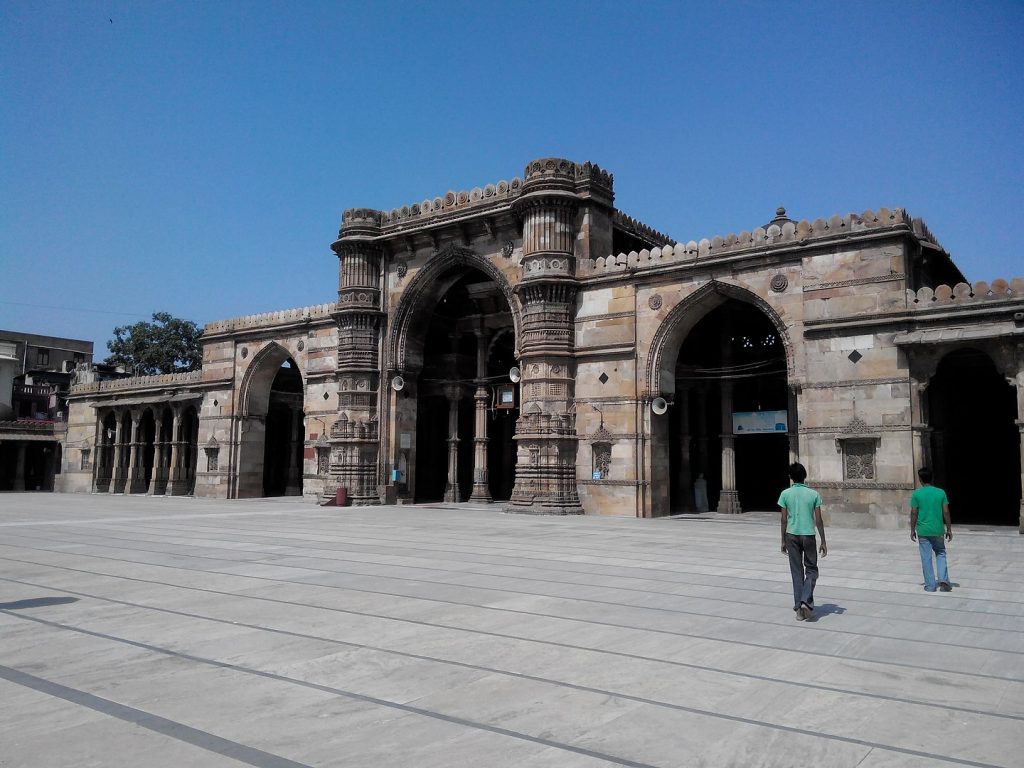 Jama Masjid also called Friday Mosque is also known as Jumah Mosque, in Ahmedabad. It was built-in 1424. Lying in the old walled city, the mosque is located outside Bhadra Fort area, along the south side of the road extending from Teen Darwaza to Manek Chowk. It is built with yellow sandstone. The mosque complex is centered on a large rectangular courtyard measuring 75 m long and 66 m wide. One can enter the court by three entrances, one that exists at the center of each side. The courtyard is lined with a colonnade on three sides. The prayer hall occupies the (east) side. In the center of the courtyard exists a rectangular basin. 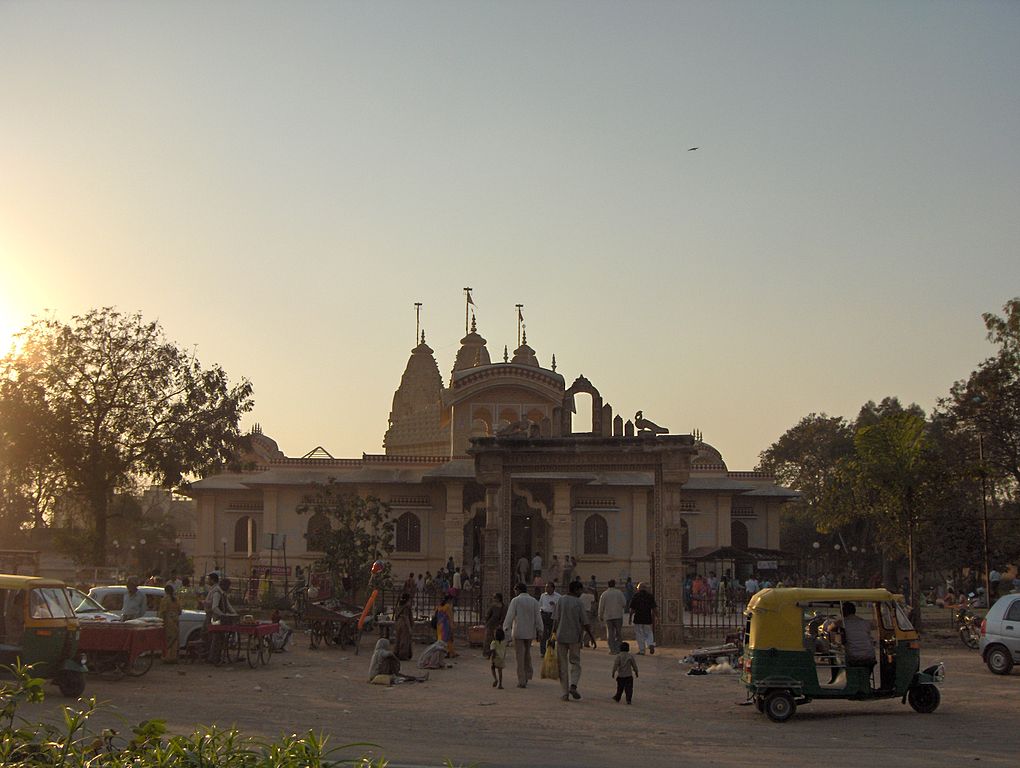 ISKCON is the abbreviation that stands for the International Society for Krishna Consciousness. This temple depicts Lord Krishna with his beloved lover Radha, who is regarded as the epitome of true love in Hindu Religion. Also called the Hare Krishna Temple, ISKCON temple situates in a vast area with lovely trees, which gives a serene and tranquil environ to the devotees and worshippers. Temple has many spacious interior parts as compared to its exterior portions. Huge halls that are decorated with beautiful chandeliers attributes to the devoutness of the shrine. Prayer sessions in the temple provide a soothing feeling to the devotees as the entire ambiance would be filled with the chanting of hymns and Kirtans that provide peace of mind. Janmashtami and Nand Mahotsav are the two auspicious days in the temple, which witnesses great participation on behalf of devotees.