Places to visit in Chittorgarh

Chittorgarh or Chittaurgarh is a city and a municipality in Rajasthan state of western India. It lies on the Berach River that is a tributary of the Banas. The city of Chittaurgarh is located on the banks of river Gambhir and Berach. Chittorgarh houses many tourist places that one can visit and enjoy their visit.

The Chittor Fort in Chittorgarh is one of the largest forts in India. It was declared as UNESCO World Heritage Site. The fort was the capital of Mewar. It is located in the present-day town of Chittor. The fort comprises of several historical palaces, gates, temples, and two prominent commemorative towers.

The Vijaya Stambha is an imposing victory monument. It is situated within Chittor Fort in Chittorgarh, Rajasthan, India. The tower was built under the rule of Mewar king, Rana Kumbha, in period 1448 to commemorate his victory over the combined armies of Malwa and Gujarat that was led by Mahmud Khilji. The tower is dedicated to Vishnu. The inscribed slabs in the uppermost story contain a detailed genealogy of the rulers of Chittaur and tell a story of their deeds. These slabs are ascribed to Ran Kumbha court scholar, Atri and his son Mahesh. The names of the architect, Sutradhar Jaita and his three sons who assisted him, Napa, Puja, and Poma, are beautifully carved on the eighteen floors of the tower. 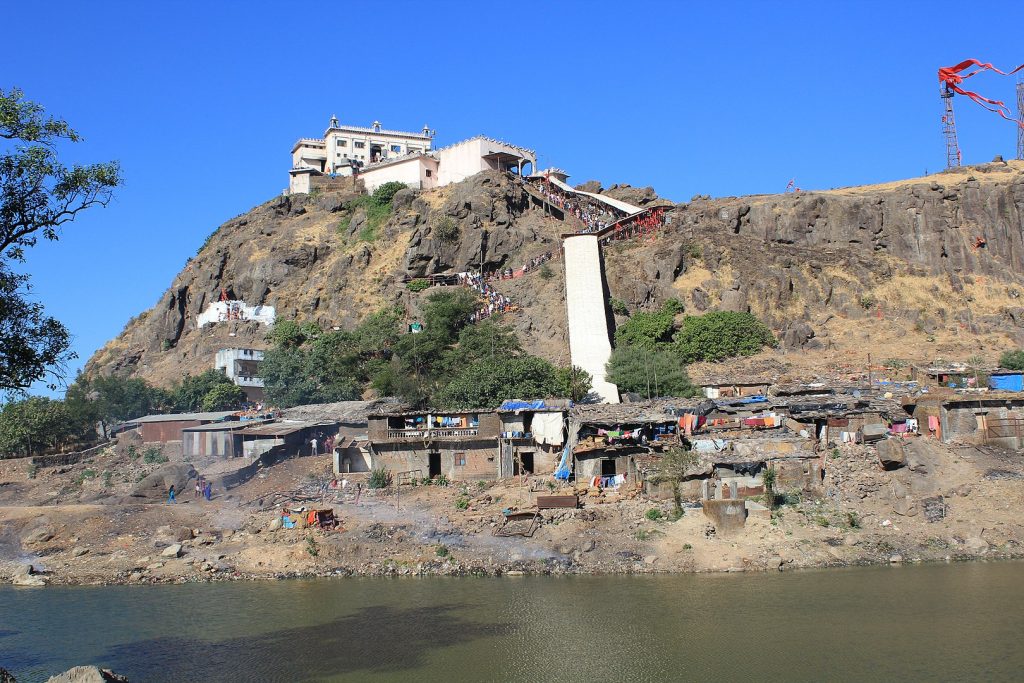 Kālikā Mata Temple means  “the great black Mother”. This temple belongs to a Hindu goddess and serves as a pilgrim center at the summit of Pavagadh Hill in Panchmahal district, India, within the Champaner-Pavagadh Archaeological Park. It dates back from the 10th or 11th centuries. The temple consists of three images of goddesses: the central image is of Kalika Mata, flanked by Kali on the right and Bahucharamata on the left. On Chitra sud 8, a fair is held at the temple which is spiritually attended by thousands of devotees. The temple is known to be the site of one of the Great holy Shakti Peethas. One can reach easily to temple by the help of a ropeway. Kalika Mata Temple is an 8th-century Hindu temple that has been located within the Chittor Fort in the Chittorgarh municipality of Rajasthan state in India. The upper parts of the structure are more recent in today’s time.

This temple has been dedicated to Meera Bai, a mystic poetess and great devotee of Lord Krishna. She was born in Kurki village near Merta to Ratan Singh Rathore and was married to Bhojraj, son of Rana Sanga of Mewar. In front of the temple is the Chhatri of Shri Rai Das of Banaras, the ‘Guru’ of Meera Bai. Within this, there is a carved figure of five human bodies with one head. The figure conveys a beautiful message that all castes are equal and even outcastes can attain God. Rana Khumba built it in an ornate Indo–Aryan architectural style. The popular legend associated with her is that with blessings of Lord Krishna, she was able to survive even after consuming poison that was sent to her by her evil brother-in-law. 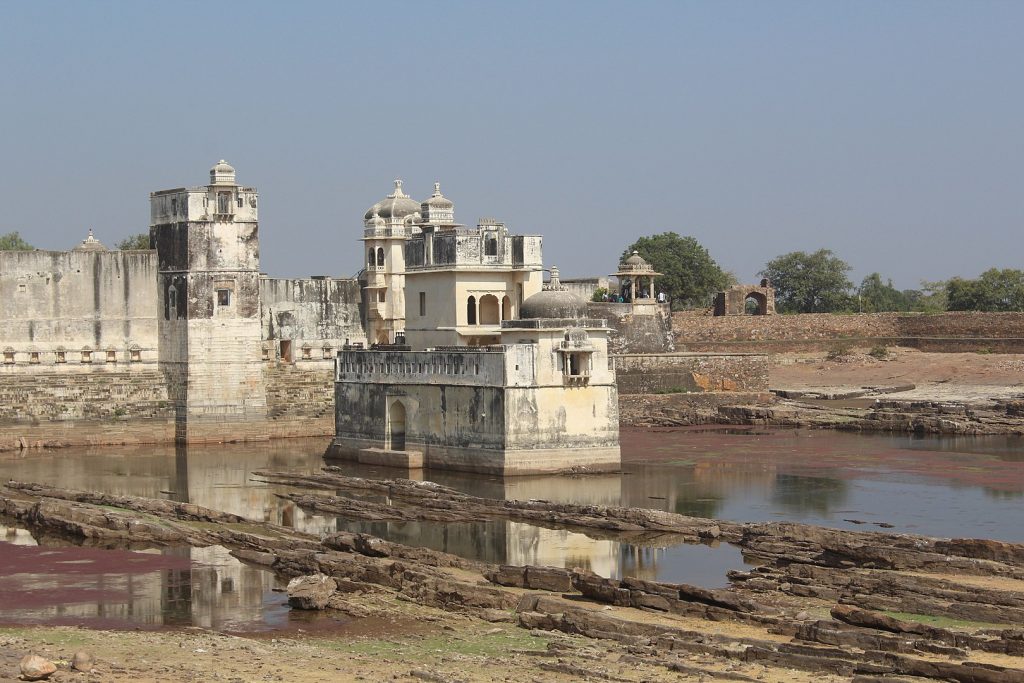 Padmini who is also popularly known as Padmavati, was a legendary 13th–14th-century queen also known as Rani (in Hindi) of the Mewar kingdom of present-day India. Several 16th-century texts mention her, of which the earliest source is Padmavat, an epic fictionalized poem written by Malik Muhammad Jayasi in 1540 CE. 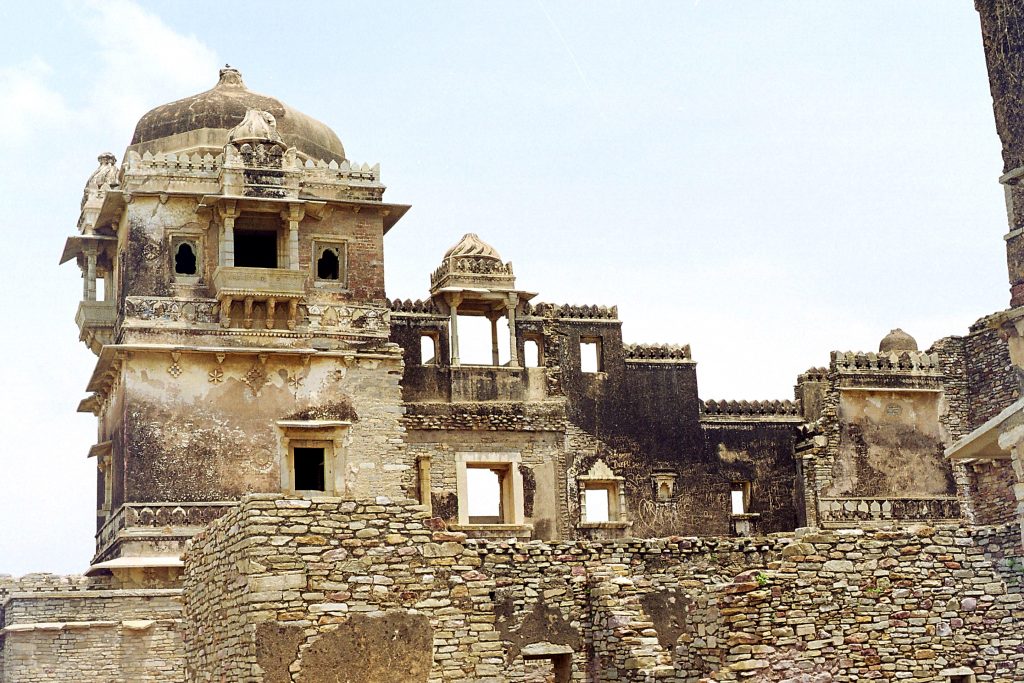 Kumbhakarna popularly known as Rana Kumbha was the ruler of the Mewar kingdom of western India. He belonged to the Sisodia clan of Rajputs and was the son of Rana Mokal Singh of Mewar by his wife Sobhagya Devi, a daughter of Jaitmal Sankhla, the Paramara fief-holder of Runkot in the state of Marwar. 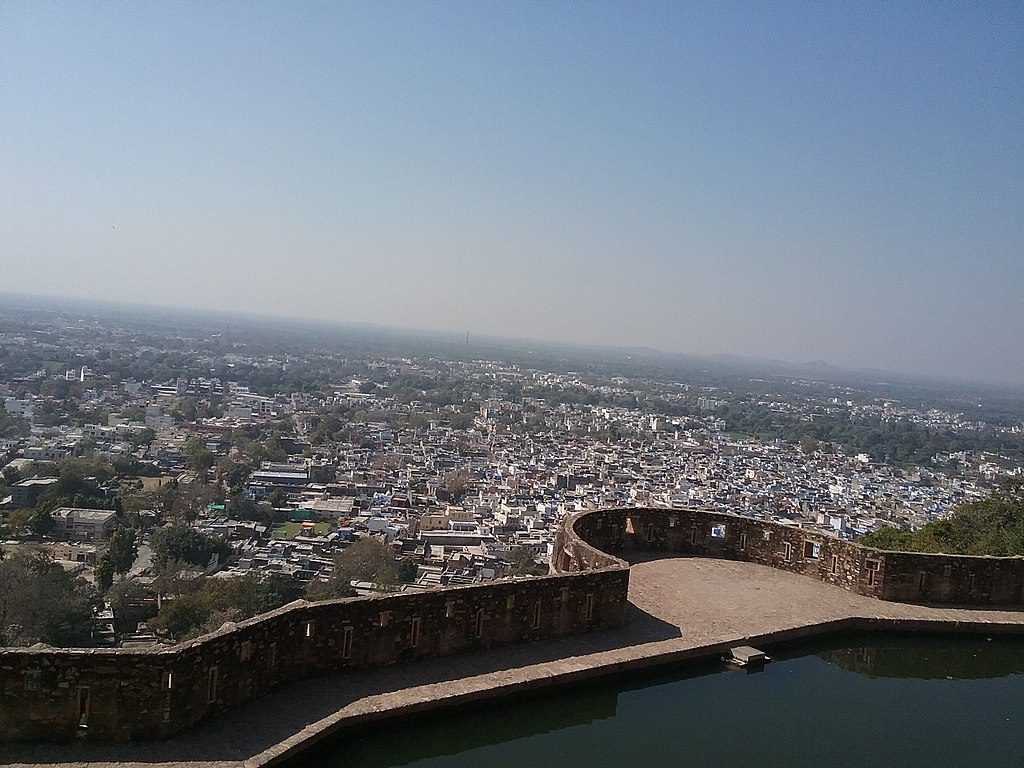 Gaumukh Kund is a sacred water body that is situated on the western part of the Chittorgarh Fort. ‘Gaumukh’ stands for ‘mouth of a cow’. The water flows by the cracks in the rocks and falls into the reservoir. Travelers have permission to feed the fishes of the reservoir. The Rani Bindar Tunnel that is located near this reservoir is also a noted attraction. According to a legend, this tunnel leads to an underground chamber. This chamber was where Rani Padmini of Chittorgarh performed ‘Jauhar’. 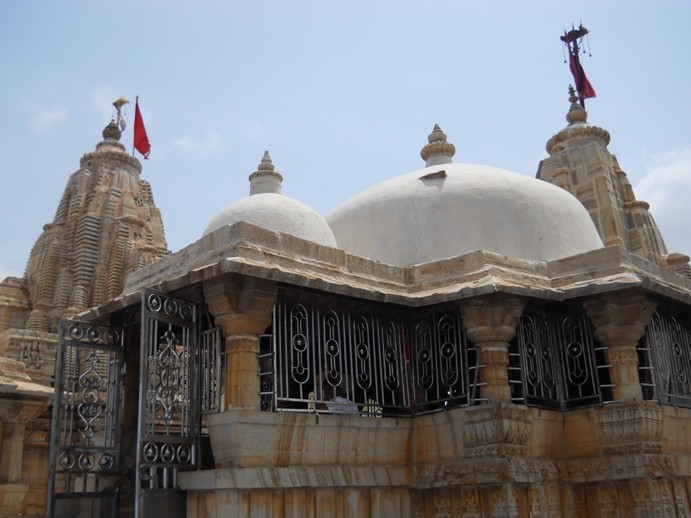 This temple was originally built by Maharana Hamir in the 1300s for Maa Barvadi. Now an idol of Mahalakshmi has been consecrated in the Annapurna temple. It is believed after losing Chittorgarh in a battle, Maharana Hamir went to Gujrat where he met Maa Barvadiji, who blessed him and advised him to fight again. She sent her son- Baaruji to help the Maharana and also gave him 500 horses. With the blessings of Maa, the Maharana was able to win back Chittorgarh and then decided to build the temple.