Places to visit in Rajahmundry 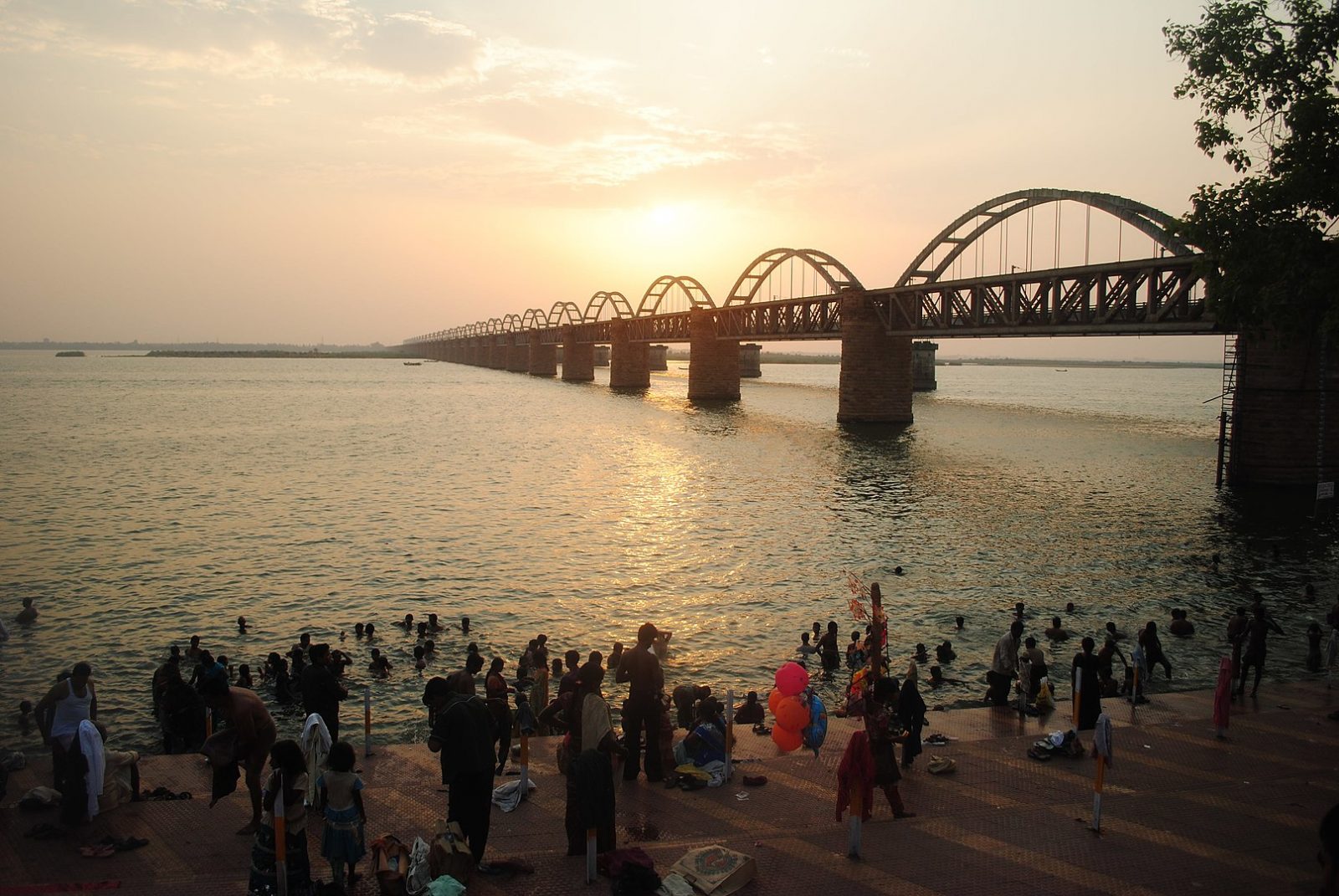 Rajahmundry, also known officially as Rajamahendravaram, is a city located in East Godavari district Andhra Pradesh, India. This city is situated on the banks of Godavari River. The District of Rajahmundry was created in 1823, in the Madras Presidency. It was reorganized in 1859. In the same year, it was bifurcated into Godavari and Krishna districts. After division, Kakinada became the headquarters of East Godavari. It is now administered under the Rajahmundry revenue division. As per the 2018 Census, the place is the fourth most populous city in the state. The city is known for its Floricultural, Historical, Cultural, Agricultural, Economic, Tourism and Industrial potential and its Heritage. This place is also well known as the Cultural Capital of Andhra Pradesh for its rich cultural practices. The bridge across the Godavari River which is one of the longest of its kind connects the city with the town of Kovvur.

The Godavari Bridge is popularly known to people as Kovvur–Rajahmundry Bridge. It is a truss bridge spanning the Godavari River in Rajahmundry, India. It is India’s third longest road-cum-rail bridge crossing that has been established over a water body. The first one is The Bogibeel Bridge which is the rail-cum-road bridge over the Brahmaputra river in the Dibrugarh district of Assam state in north-east India, and second is Digha–Sonpur Bridge over the Ganges in Bihar. 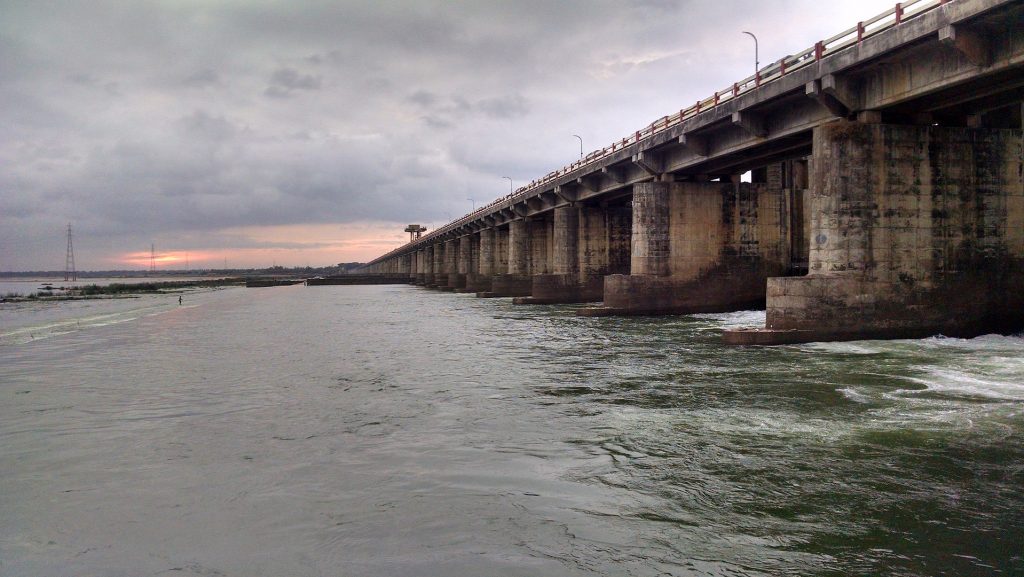 The Godavari River flows into the Bay of Bengal after flowing several miles from the Dowleswaram Barrage. Rajamahendravaram is a beautiful city situated on the left bank of Godavari River. Upstream, where the river is divided into two streams; the Gautami to the left and the Vasistha to the right, forms the joining line between the West Godavari and the East Godavari districts. The Dowleswaram Barrage was an irrigation structure. It was constructed in 1850 on the lower stretch of the Godavari River before it empties into the Bay of Bengal. It was rebuilt in 1970 and was officially renamed as the Sir Arthur Cotton Barrage / Godavari Barrage. 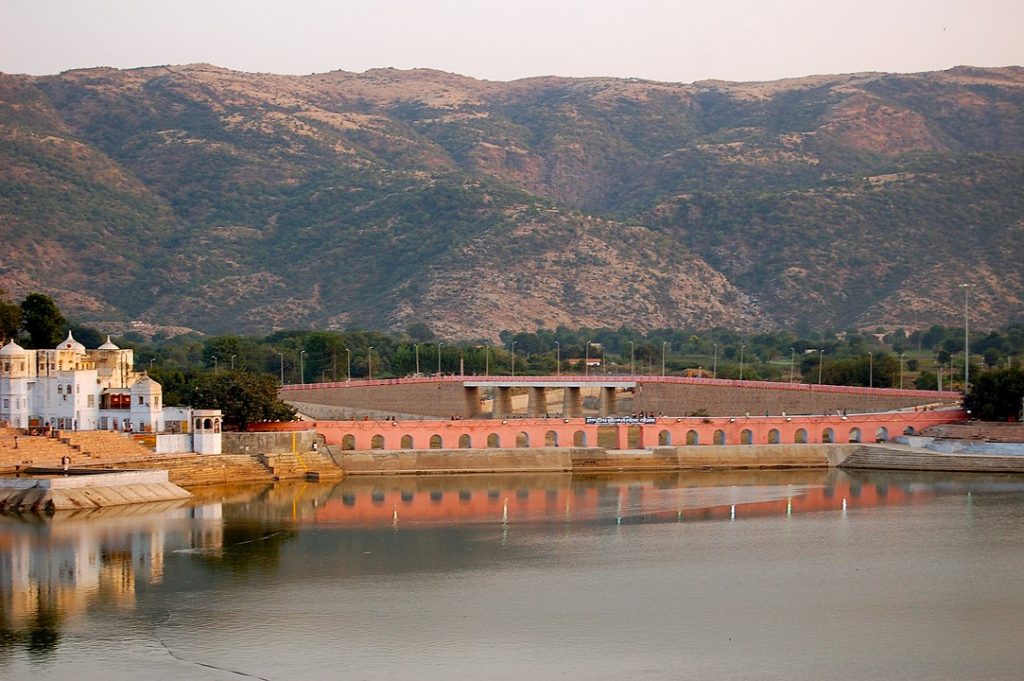 Pushkar Lake is known as Pushkar Sarovar to many people. It is located in the town of Pushkar in Ajmer district of the Rajasthan state of western India. Pushkar Lake is considered as a sacred lake of the Hindus. Pushkar Lake is surrounded by 52 bathing ghats. Here pilgrims come in large numbers in order to take a sacred bath, especially around Kartik Poornima when the Pushkar Fair is held. A dip in the sacred lake is believed to cleanse sins and cure skin diseases as water is holy. Over 500 Hindu temples are situated around the precincts of the lake. 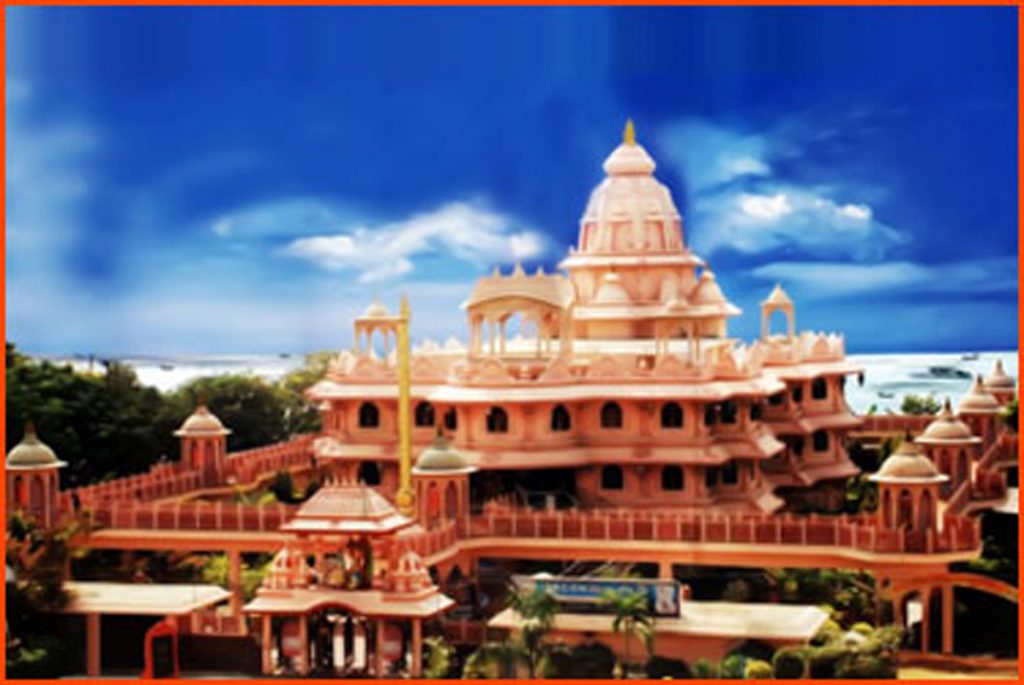 The ISKCON Rajahmundry temple was constructed on two acres of land. It is situated on the bank of sacred river Godavari. This place has got its significance because many Rishis performed their Tapasya in this area. Sri Chaitanya Maha Prabhu met his disciple, Sri Ramananda Raya, then governor of Chennai province under the Devotee King Purushotham Maharaj. Famous conversation among the Lord Sri Chaitanya and Ramananda Raya took place on Godavari Bank. Because of that, this place is known as Ramananda Raya Gaudiya Math. 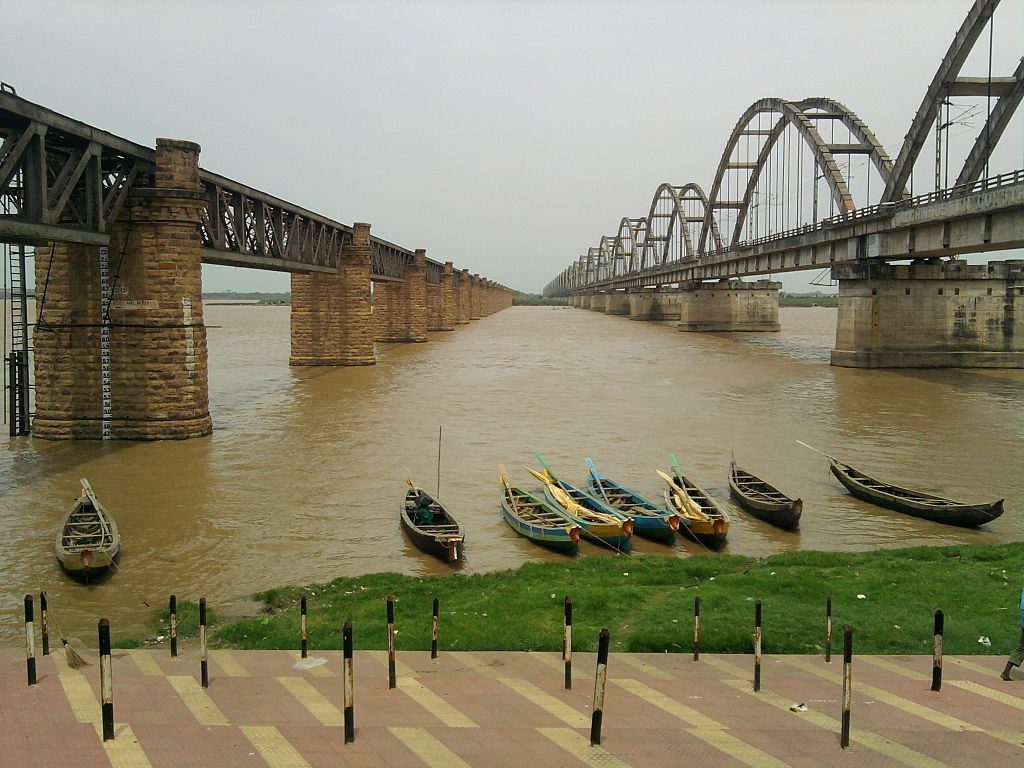 The Old Godavari Bridge is also popularly known to people as The Havelock Bridge. It is a decommissioned bridge that spans the Godavari River in Andhra Pradesh, India. It was commissioned in 1900. Since then, the bridge has served trains plying between Howrah and Madras. It is the earliest of three bridges that have been constructed on the Godavari River at Rajahmundry. The Godavari Arch Bridge was later constructed in order to replace the Havelock Bridge. The bridge along with the Godavari bridge and Godavari Arch Bridge is the most recognized symbols of Rajahmundry and of the state of Andhra Pradesh. 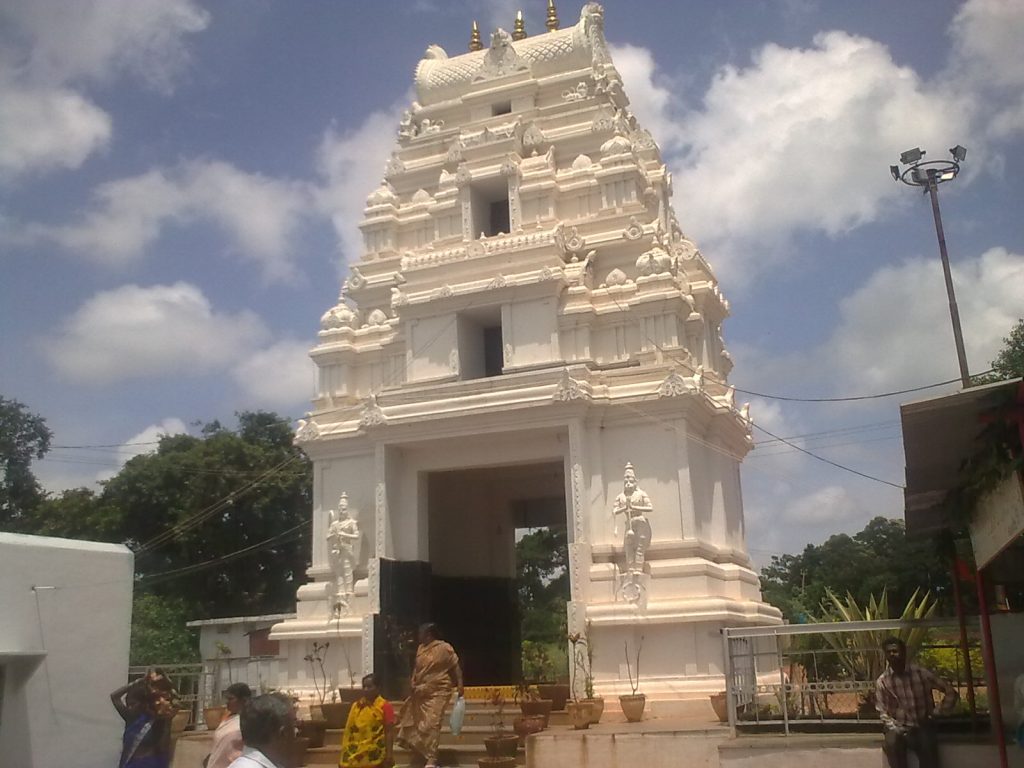 It is a famous temple situated on the banks of river Godavari where the rituals happen throughout the year. During Shivratri, pujas are a must for the worshippers here. It is a good place to visit. There are a lot of Brahmins who will be ready to perform the poojas. A nice and peaceful place opposite the river. 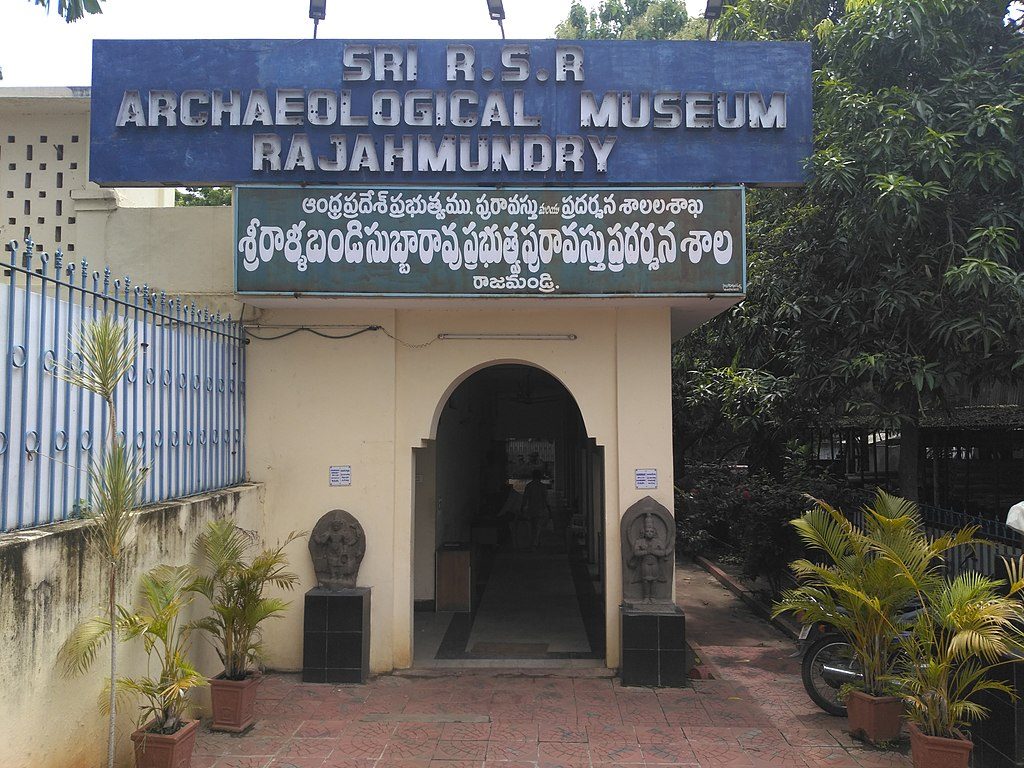 The Rallabandi Subbarao Government Museum is very famous for its cultural storage. One can unravel the mysteries of the past through the interesting range of artifacts here. Straightforward place exhibiting local, centuries-old finds such as coins, tools & pottery. A good place to visit. 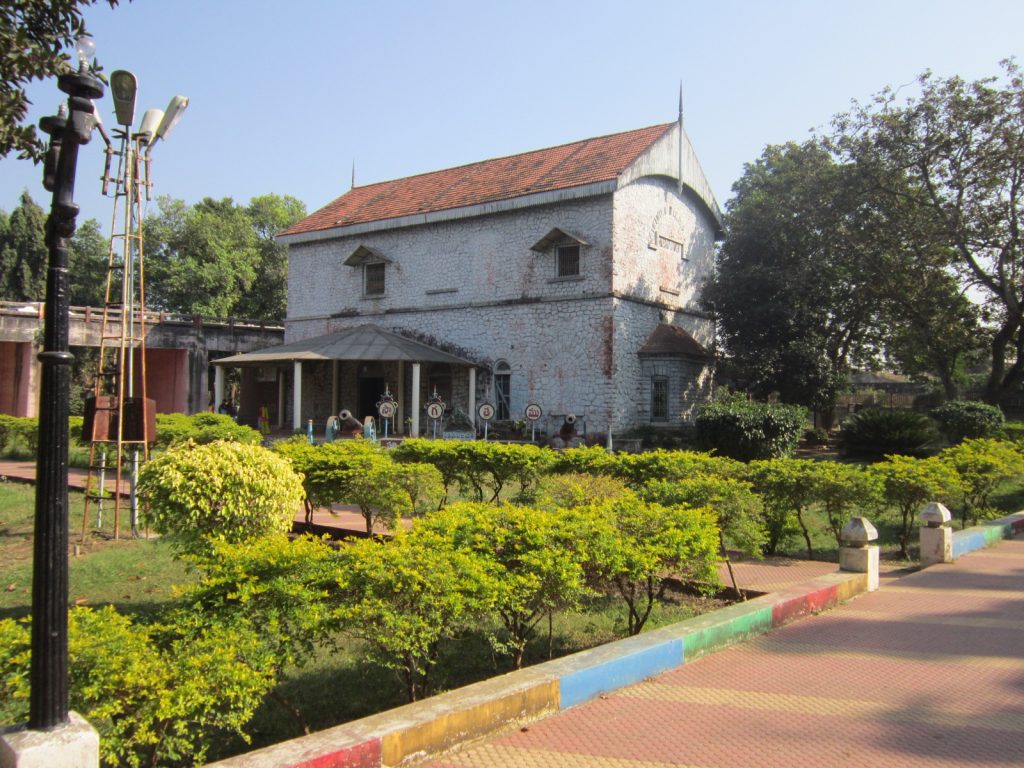