Top 10 Places to visit in Khajjiar 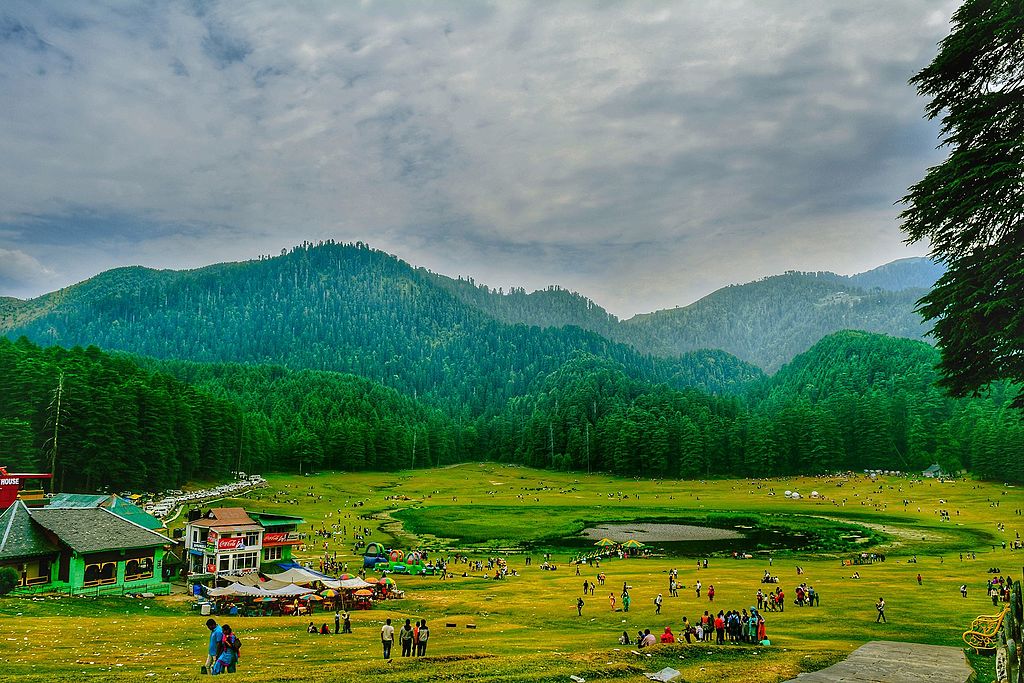 Khajjiar is a very popular hill station that is situated in the north Indian state of Himachal Pradesh. Khajjiar is located on a small plateau that comprises of a small stream-fed lake in the middle that has been covered completely by weeds. The hill station is beautifully surrounded by meadows and forests. Khajjiar can be reached from Dalhousie,  which is the nearest major town and hill station, by bus in an hour. It comprises of a rare combination of all the three ecosystems: lake, pasture, and forest. In 1992, Mr. Willy T. Blazer, Vice Counselor and Head of Chancery of Switzerland in India brought Khajjiar on the world tourism map and called it “Mini Switzerland”. He also placed a signboard of a yellow Swiss hiking footpath showing Khajjiar’s distance from the Swiss capital Berne as -6194 km. Khajjiar is among the 160 locations in the world that face topographical resemblance with Switzerland. The counselor also took a stone from Khajjiar to make it a part of a stone collage around the Swiss Parliament to remind the visitors of Khajjiar as a “Mini Switzerland of India”. 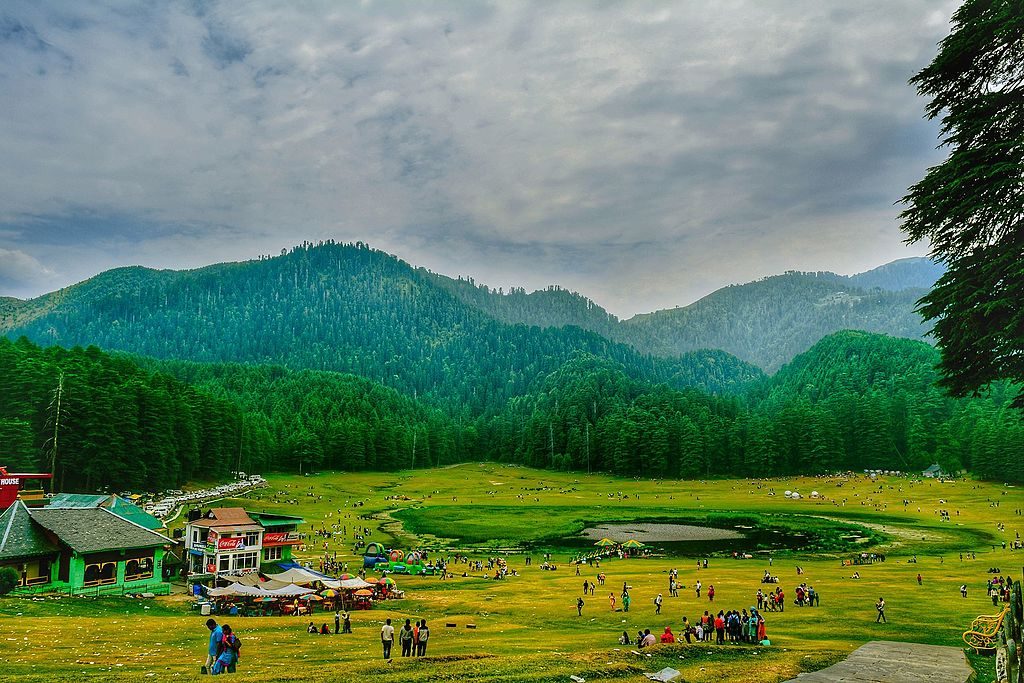 Khajjiar Lake is situated in the Chamba district of Himachal Pradesh, India. The lake is set near a huge grassy landscape and is beautified with evergreen cedar trees surrounding it from all the sides. The lake takes its name from Khajji Nag, the deity worshipped in the temple nearby. The lake has considerably shrunk over the years due to adverse weather conditions and is now almost on the verge of vanishing. 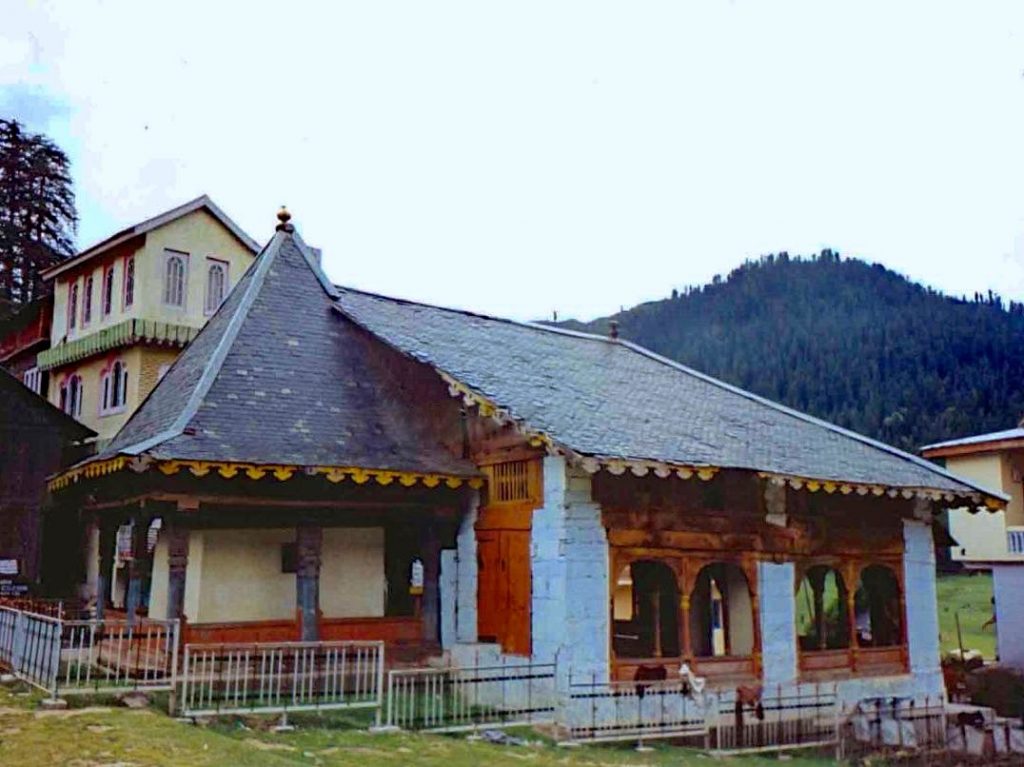 The temple of Khajji Nag is located near Khajjiar Lake. It belongs to the 12th century AD and was made by the king of Chamba Preeti Singh. The temple has a golden dome and due to this reason it is also known as ‘Golden Devi Temple’.  The sanctum of the temple has been beautifully carved out of wood. This temple is dedicated to snake (Nāga) worship and there are some snake idols that have been situated inside. The temple also comprise of idols of Lord Shiva and Goddess Hadimba. 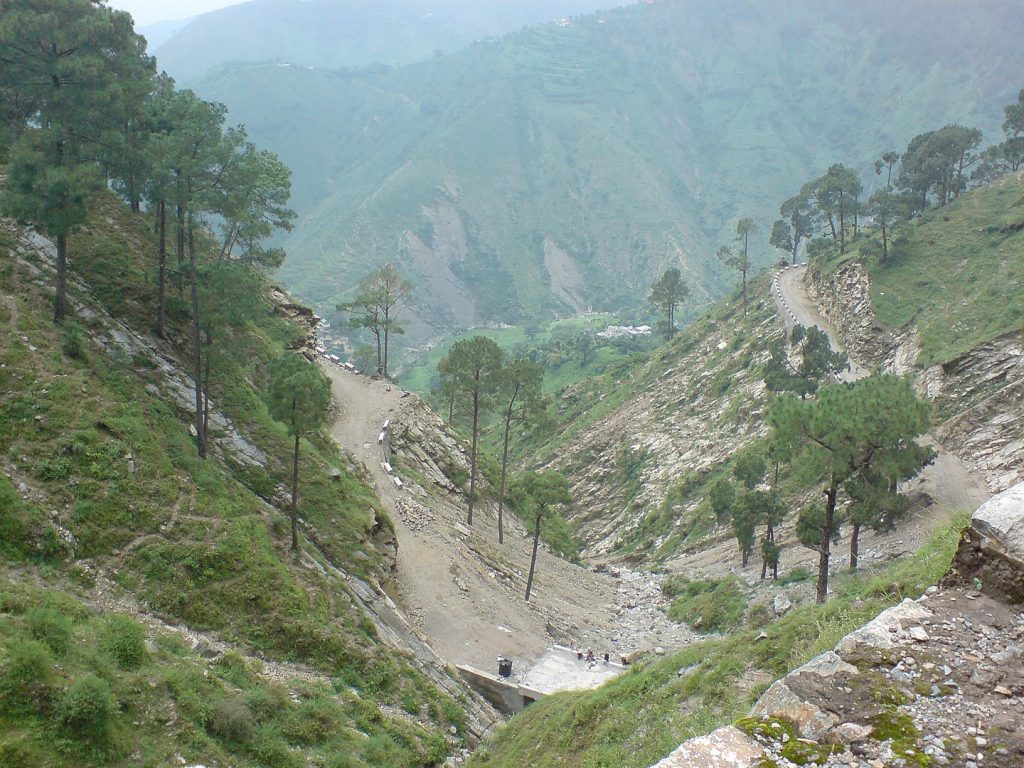 The Dalhousie-Khajjiar road was opened to cover a distance of about 24 km between Dalhousie and Khajjiar. This ensured ease of tourism for travelers helped in saving time and ensured easy conveyance. But the road gets blocked due to heavy snowfall in the area. 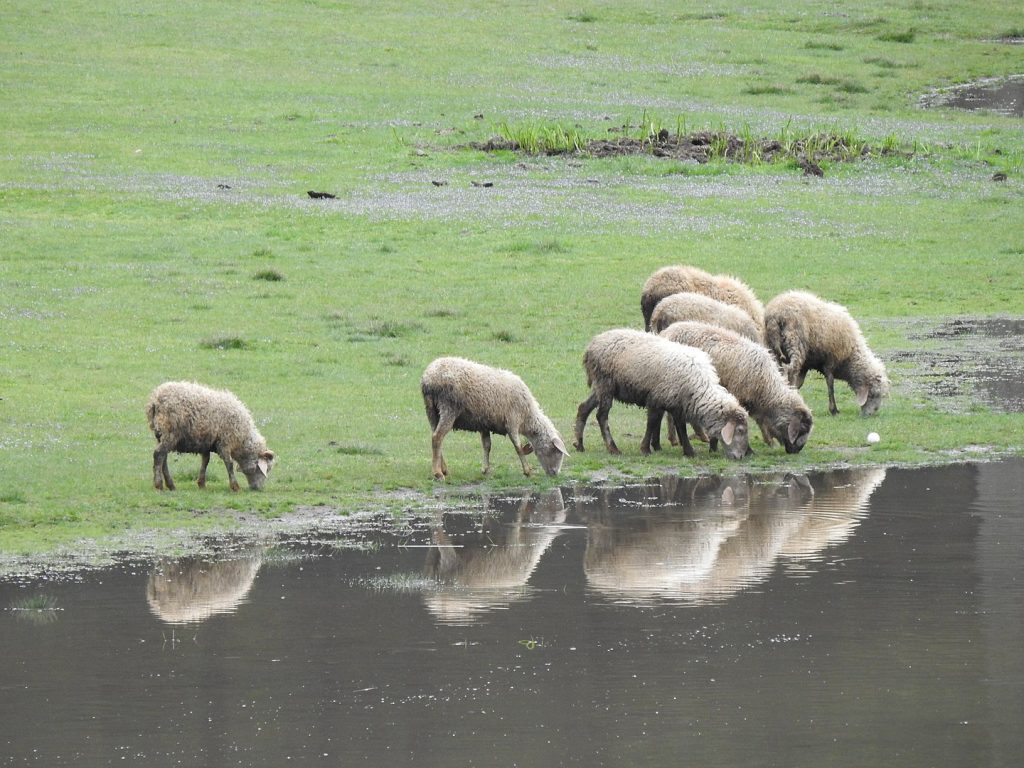 Kalatop Khajjiar Sanctuary is a well-visited animal sanctuary that is located at Kalatop and Khajjiar in the Chamba district of Himachal Pradesh, India. The sanctuary area is properly laid out for trekking trails both at Kalatop and Khajjiar. There are dense deodar and fir forests that cover around 20 km² of the sanctuary. Pheasants, serow and black bear are some of the common fauna found here. The sanctuary lies in the path of the Ravi River and is surrounded by coniferous and oak forests that provide beautiful scenery. 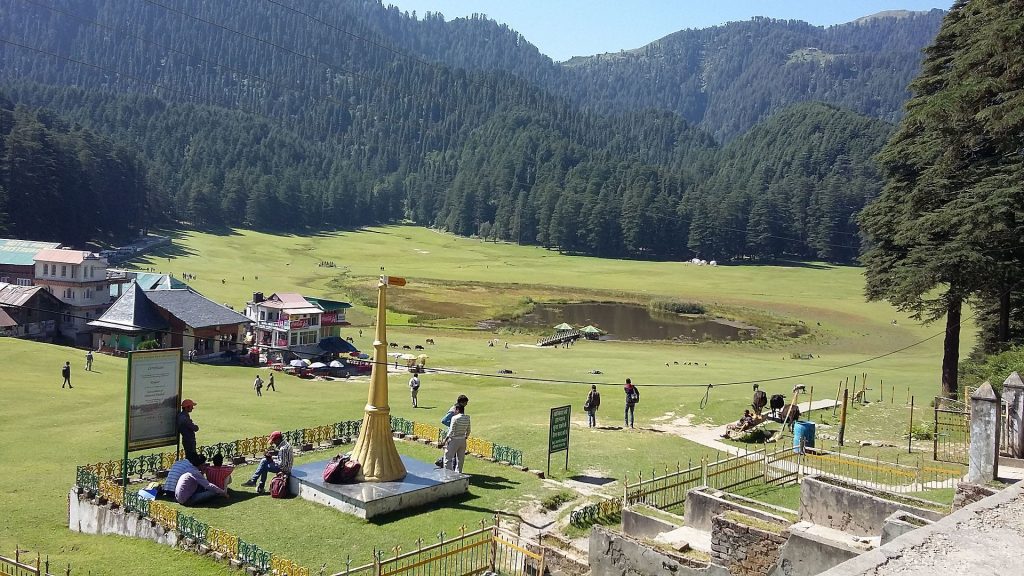 Those people who love trekking, this is the right spot for them. Beautiful views, activities, and adventures add to the fun and experience one gains on the trek. 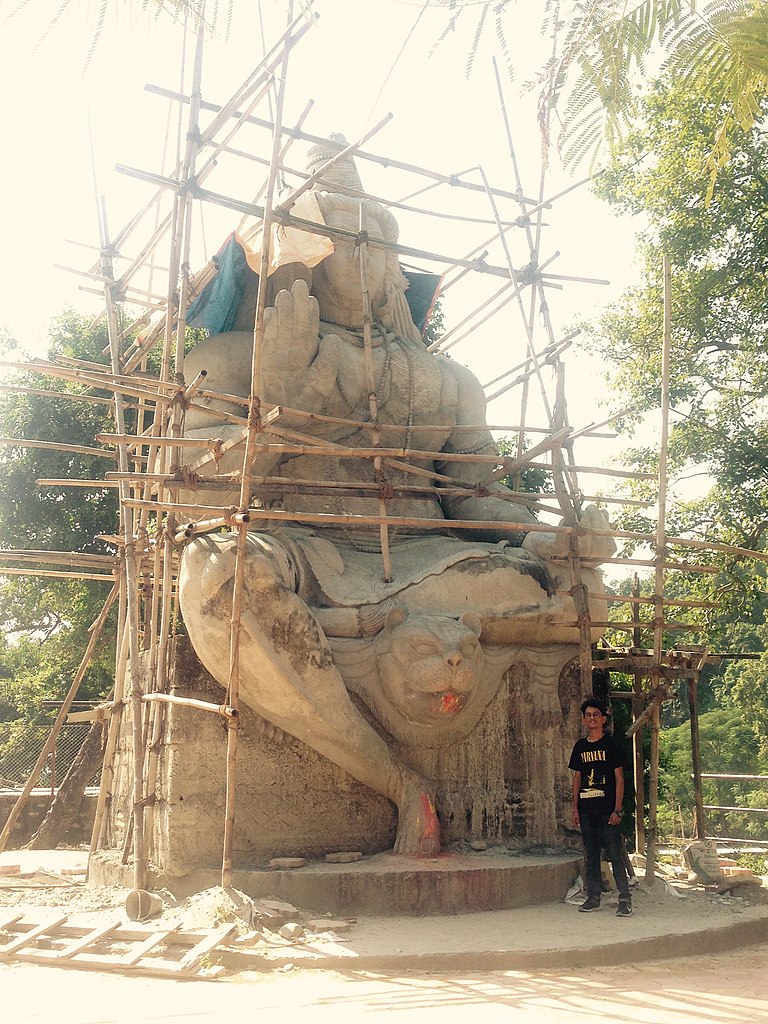 This is a magnanimous 85 ft statue of Lord Shiva, which is one of the tallest in Himachal Pradesh. It is polished in bronze. The glistening statue is a sight to behold. It is situated in the Khajjiar. This statue is about 25 km from the Chamba and can reach this place by bus or taxi. The best season to visit this place is in summer. 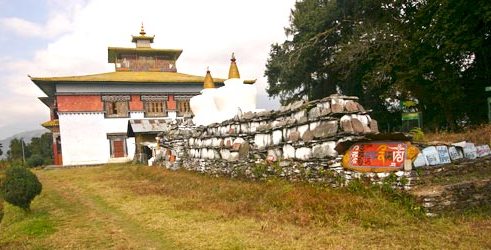 The temple derives its name from the golden dome which it houses. The temple is situated very close to the Khajjiar lake and is quite a popular tourist spot. It also has a golf course neighboring it, where one can find some scenic views in the middle of lush greenery. 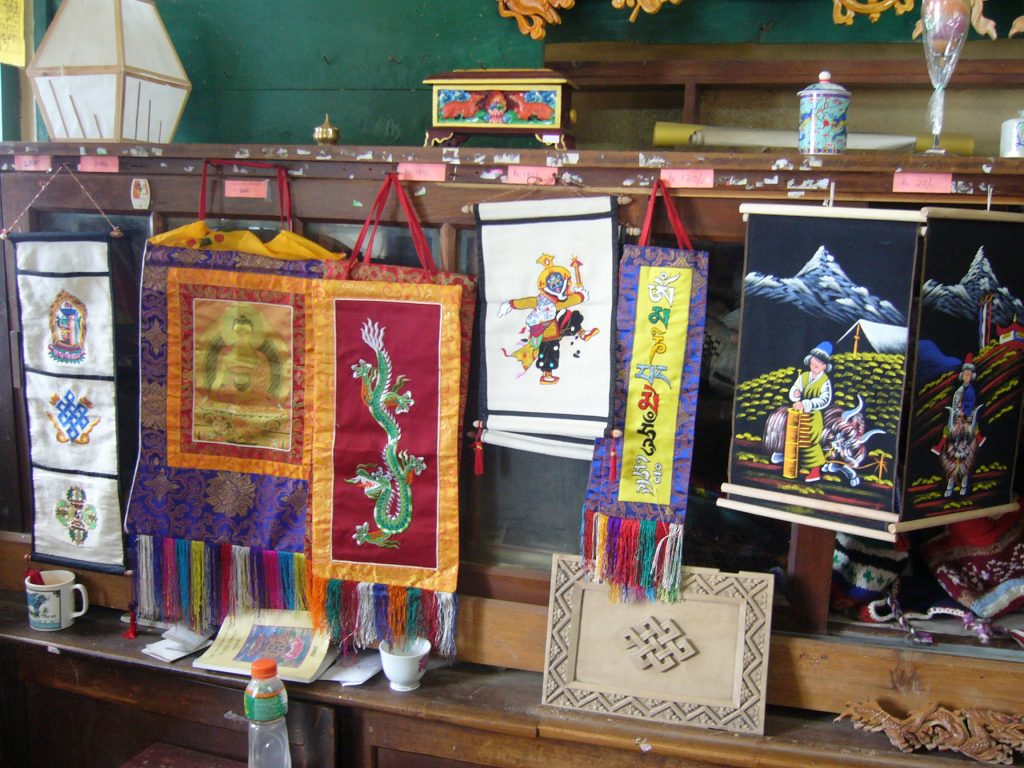 A good place to buy souvenirs and gifts for friends and family especially if you are an outsider. You can find some decent traditional Tibetan items as well.

It is a state-supported shop providing a variety of traditional woven textiles, including shawls & caps. It is closed on Sunday. The rest of the days it is open from 10 a.m. to 6:30 p.m. 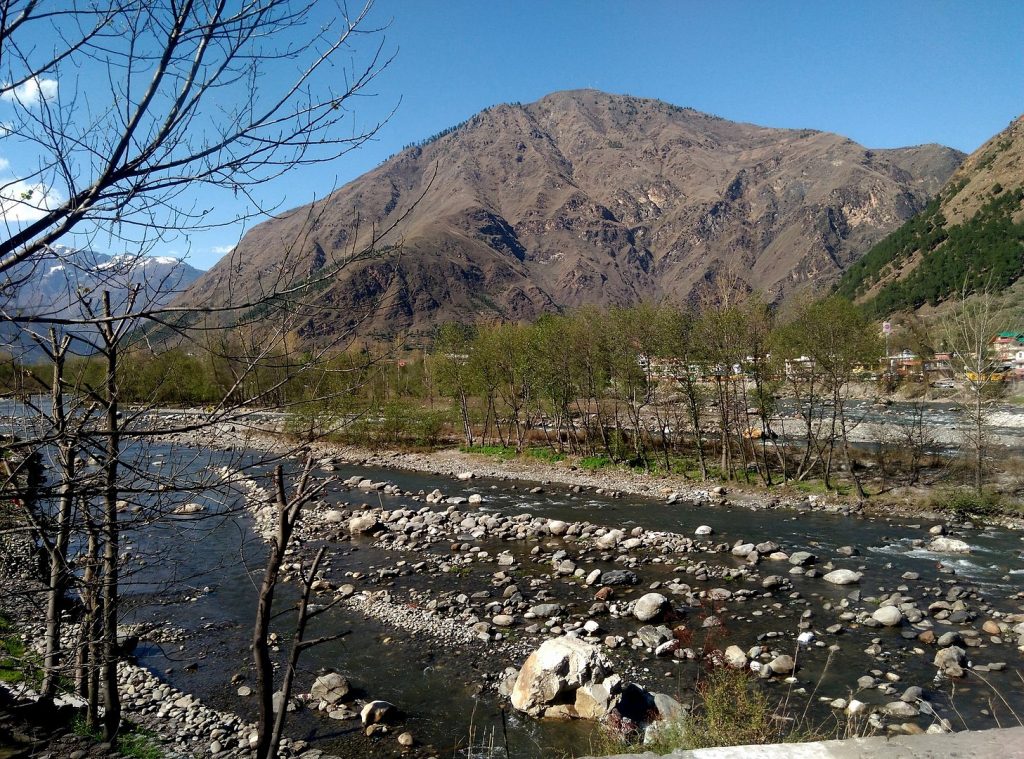 The Dhauladhar range also known as The White Range is part of a lesser Himalayan chain of mountains. It rises from the Indian plains to the north of Kangra and Mandi and lies on its southern spur in above the Kangra Valley, which divides it from Chamba. It is regarded as the highest peak in the range is the Hanuman Tibba, approached from Beas Kund/Manali.