Top 10 Places to visit in Manali 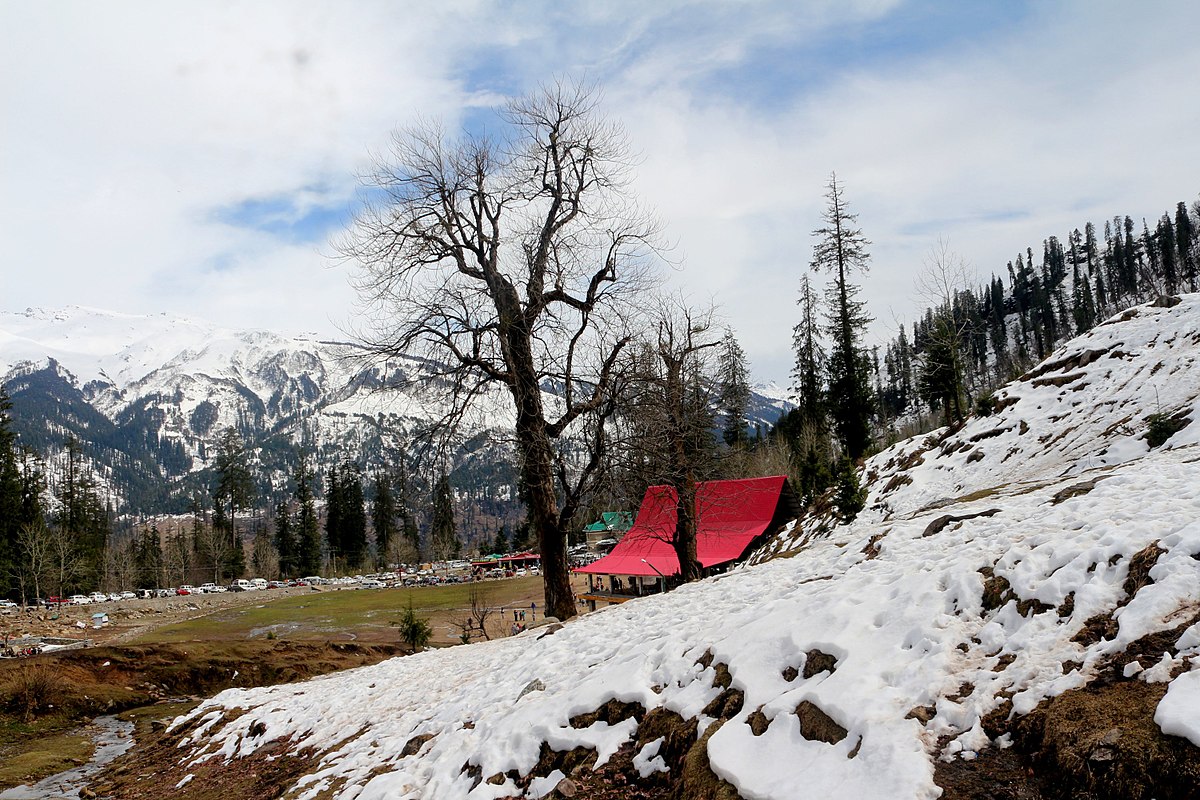 Manali is a town located in mountains of Himachal Pradesh, an Indian State. It is situated near the northern end of Kullu Valley. Manali is named after Manu, the Sanatan Hindu lawgiver. so let’s talk about Top 10 Places to visit in Manali. Solang Nala derives its name from an amalgamation of words like Solang which means Nearby village and Nallah which means water stream. It is located at the top of the Kullu Valley in Himachal Pradesh and is well known for its summer and winter sport conditions. this is one of the best Top 10 Places to visit in Manali.

Fees- Rs 500 per person for Zorbing

Rs 1200 per person for paragliding

Rs 500 per person for Ropeway Rohtang Pass is a mountain pass that is situated on the eastern Pir Panjal Range of the Himalayas and is around 51 km from Manali. It has good connectivity with the Kullu Valley which connects it with the Lahaul and Spiti Valleys of Himachal Pradesh, India.

Time- Pass is open from May to November. Malana is an old village of India, in the state of Himachal Pradesh. This solitary village is isolated from the rest of the world. The beautiful peaks of Chanderkhani and Deo Tibba shadow the village and make it a perfect spot to visit. It is situated on the Malana river. Malana has its own popular lifestyle and is having a unique social structure. People here are very strict in following their customs. Hidimba Devi Temple is also known as Dhungari Temple. It is an ancient cave temple that has been dedicated to Hidimbi Devi, wife of Bhima, a figure in the Indian epic Mahabharata. The temple is surrounded by forest known as Dhungiri Van Vihar that is situated at the foot of the Himalayas. The structure was constructed in 1553. this is coming at number four on Top 10 Places to visit in Manali. The Great Himalayan National Park abbreviated as GHNP, is located in Kullu region in the state of Himachal Pradesh, India. The park was established in 1984. It covers an area of 1,171 km2. This Park provides habitat to numerous flora and fauna species, like mammals,  birds, reptiles, amphibians, etc. They are protected and looked after under the strict guidelines of the Wildlife Protection Act of 1972. Manikaran is situated in the Parvati Valley on river Parvati, that lies in the Kullu District of Himachal Pradesh in India. This place is a pilgrimage center for both Hindus and Sikhs. This town attracts tourists visiting Manali and Kullu to its hot springs and pilgrim centers. An experimental geothermal energy plant has been set up here to meet demands of energy. Kullu is known as the capital town of the Kullu district situated in Himachal Pradesh, India. It is situated on the banks of the Beas River that flows in the Kullu Valley. It is a broad open valley formed by the Beas River between Manali and Largi. This valley is very well known for its temples and its hills covered with pine and deodar forest and beautiful apple orchards. This beautiful temple is dedicated to the sage Manu, who is believed to be the creator of the world and the writer of Manusmriti. The Manu Temple is located in old Manali. It lies within a distance of three kilometers from the main market. The presence of the River Beas increases its attraction. This temple is a major attraction in Manali and is believed to be the same place where sage Manu meditated after stepping on earth. Vashisht is a small village located in Manali across the River Beas. This village is famous for its hot water springs and Vashisht temple that is built just next to these springs. The water from this spring is believed to cure many skin diseases and other infections. There are Turkish-style bath houses available here. These contain the hot water from the springs, and people can enjoy the warmth of the place in privacy. The Manali Sanctuary commences from the town and extends all the way up in the mountains behind the hill station. In legal works, it was declared as a sanctuary in the year 1954 on 26 February. It was declared as a sanctuary under the Punjab Birds and Wild Animals Protection Act of 1933. It is spread over an area of 31.80 square kilometers and has many species of flora and fauna.